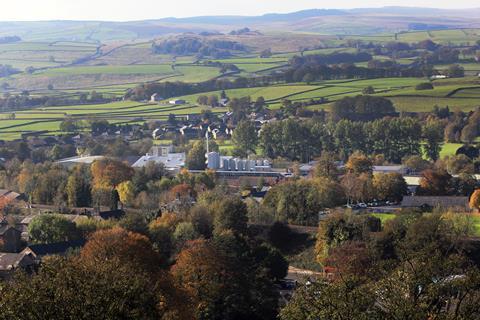 Arla Foods has started UK production of its Lactofree alternative milk range, in a move that has created 50 new jobs at its Settle plant in North Yorkshire.

The dairy co-op first announced it would switch production of the product from Denmark and Sweden to the UK last year, as part of a £25m investment at the Settle plant, which has seen its production capacity doubled.

Arla said the new jobs, which complemented the 85 staff already employed at the site, would be created in important frontline roles across production, warehouse management and quality control.

Half of the jobs have already been filled by people from the local area, with a further 25 to be recruited over the next two to three years. A significant proportion of the investment is also being put towards new production equipment, filling lines, packaging facilities and a new energy centre, which will improve the overall efficiency of the site, the dairy giant added.

Arla is producing its full range of lactose-free milk products at Settle. It said it had shifted production in the UK in response to soaring demand for free-from products, citing Kantar data from April, which showed the category’s value in the UK had grown by 93% to £756m since 2017, with the industry’s value to double again by 2026.

“We are particularly pleased to start the production of our Lactofree ranges in Settle, where we’ve had a presence for more than 40 years,” said Arla UK MD Ash Amirahmadi.

“The public has a real thirst for our Lactofree products, and we’re determined to meet their needs with upweighted production capabilities and an expanding range,” he added.

“As a business with its UK headquarters in Yorkshire, we are delighted to be investing back into our home county and supporting local rural communities.”

Arla’s Lactofree range is currently worth 70.8% of the UK’s lactose-free milk market and accounts for 12.6% of the total free-from dairy sector [Kantar]. 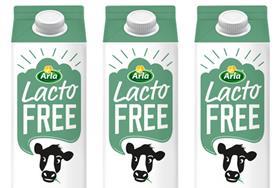