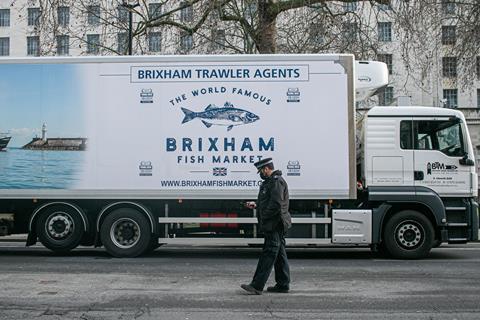 Almost 30 lorryloads of food could be wasted each day as a result of post-Brexit disruption in the first half of this year, in a possible cost to the industry of £170m, government analysis has revealed.

In a parliamentary written answer last week, Defra minister Rebecca Pow said an internal analysis had shown up to 142,000 tonnes of food, feed and drink may be lost in the next six months if the worst-case scenario at the ports occurred.

The Cabinet Office’s ‘reasonable worst-case scenario’, published in September, forecast queues of up to 7,000 trucks and delays of up of two days, but made no mention of the potential impact on food waste.

Anti-waste charity Wrap estimated in a recent study that each tonne of manufactured food waste had an average value of £1,189. Based on these figures, 142k tonnes of spoiled goods would cost the industry around £169m.

Large lorries typically carry around 30 tonnes worth of food, according to industry sources. The government’s estimate therefore means that a total of 5,000 lorryloads worth of food exports may rot in queues, or 26 per day. Defra did not dispute these calculations.

Meat and seafood loads were already reported to be rotting at ports this week and the situation is expected to deteriorate as traffic flows increase.

Pow’s disclosure came in response to a question by shadow farming minister Daniel Zeichner. She said the analysis was carried out to ensure there was “sufficient waste management capacity to handle any additional waste”.

Zeichner told The Grocer “the government is showing astonishing complacency” over what he called a “systematic problem”. “Carcases are rotting stuck in queues,” he said. “Whether it’s pork, plants or wine, businesses are pleading for help. The government has belatedly helped the fishers, they now need to intervene to clear up the mess they have created [for others].”

Seafood has been the first sector to see significant volumes of food waste, with exporters taking to Whitehall on Monday to raise awareness of the disruption facing exports. They have urged the government to request an implementation period from Brussels to give them time to adjust.

This week, Defra recognised the “unique circumstances” of the fishing industry “for whom even a short delay can lead to goods perishing” by issuing emergency funding worth £23m to seafood exporters hit by the disruption.

But despite the cash injection, many fishermen remain concerned over the possibility of mounting queues in the coming days.

While fresh and live seafood products will be prioritised ahead of the queues under the government’s traffic management systems, FDF CEO Ian Wright said it was still time-sensitive seafood most likely to be lost.

“This is all sorts of food but a lot of it will be high-value seafood like langoustine, salmon. If it doesn’t get to the end customer it will cripple these businesses.,” he said.

A government spokesman said the food supply chain was “highly resilient” and the industry “well prepared to handle changes in food supply”.

“We have put extensive traffic management plans in place as part of Operation Brock to keep our road network moving in the event of disruption. We have also prioritised certain products due to their high perishability, economic impact and to avoid any possible animal welfare concerns as a further contingency measure.” 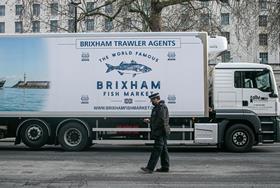