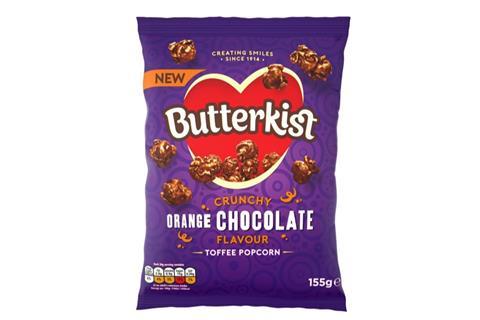 Butterkist is hoping to take on Joe & Seph’s with an “indulgent” chocolate orange flavoured NPD.

As chocolate orange was one of the “top flavour choices” among shoppers, the product had “mass appeal”, it added.

The NPD brought “a fun and modern twist to an established and much-loved brand”, he added.

The new variant will roll into Morrisons and Booker Retail Partners from 5 July.

It follows recent efforts made by KP Snacks to revamp the Butterkist brand.

In April, it gave its packaging a makeover and extended its range with the addition of its triangular Popcorners – a “crossover” snack that bridged the gap between popcorn and crisps, said Butterkist.

Its foray into confectionery will challenge premium popcorn brands, like Joe & Seph’s, which launched its chocolate-coated popcorn bites in 2019. 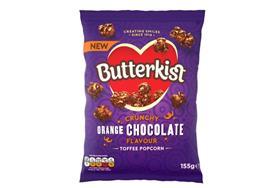