Farmison & Co sales soaring as it holds on to pandemic custom 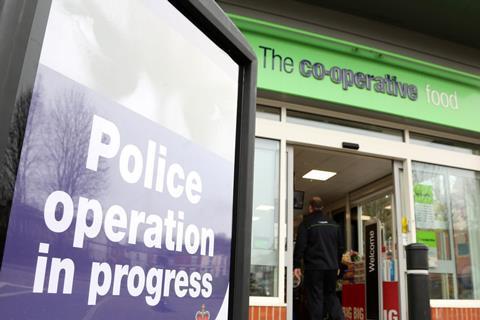 A Central England Co-op security guard ended up in hospital on Monday evening after being punched in the head during a violent shoplifting incident.

The event took place at its Hill Top store in West Bromwich.

The shoplifter fled after the attack and police are now investigating the incident.

The guard has since been released from hospital and is now recovering at home.

“Everyone at Central England Co-op has been shocked and appalled at this unacceptable incident in West Bromwich and our thoughts are with the security guard who was the victim of this appalling attack,” said loss prevention manager Craig Goldie.

“We are offering our full support to the entire team at the Hill Top store and are working closely with the local police force to bring the criminals responsible to justice.

“We strongly condemn any form of abuse or violence towards our colleagues who are just doing their job.

“These types of incidents reinforce our ongoing campaign calling for better protection for shopworkers and highlights our zero-tolerance policy on all types of crime aimed at our colleagues and customers.

Recently, the retailer rolled out a raft of new security measures in stores, including a service that allows staff to call for assistance at the touch of a button, as well as putting tracking devices in more products to deter thieves.

The crime crackdown comes off the back of new research that revealed that, in the past 12 months, incidents of verbal abuse jumped by 167%, antisocial behaviour by 39%, assaults by 35% and threats by 16%, compared with 2019.

The retailer has recorded a total of 312 crimes related directly to coronavirus. 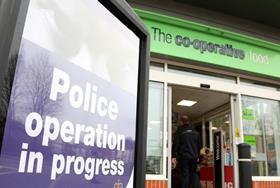