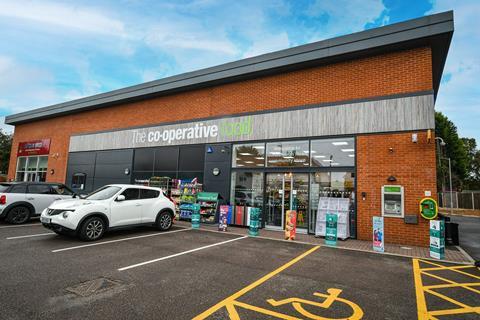 Central England Co-op has reported two violent incidents in the space of just one week.

The first attack occurred last Monday (22 February) at its Blaby Road store in Wigston when a male threatened a colleague with a knife while demanding cash from the till.

Staff were left “shaken” by the ordeal, but thankfully those on duty were not physically harmed during the incident.

“Everyone at Central England Co-op has been shocked and appalled at this unacceptable incident in Wigston,” said loss prevention manager Craig Goldie.

“Luckily, the colleagues were not injured and we are offering full support to them and the entire team and working closely with the local police force to bring the criminals responsible to justice.”

Neil O’Brien, MP for Wigston, spoke out in support of shopworkers following the incident at the Blaby Road store, and said: “This is an incredibly worrying incident and I’d encourage anyone with information to come forward.

“Shopworkers have been at the forefront of the national efforts during the pandemic, to keep things moving and keep the nation fed – we owe them a huge debt of gratitude for everything they’ve done under extremely challenging circumstances, and this is totally unacceptable.

”I sincerely hope the person is caught and sentenced appropriately for their disgraceful actions.”

The second incident occured last Thursday evening on 25 February, when a staff member was struck in the face for asking a male customer to provide ID.

The shopper was trying to buy age-restricted products at the society’s Curborough Road store in Lichfield, but the retailer said the male became violent after being asked to show ID and pushed the member of staff.

He threatened other colleagues before leaving the store.

“We strongly condemn any form of abuse or violence towards our colleagues who are just doing their job,” added Goldie.

Staffordshire Police confirmed an investigation had commenced but after consideration, the victim in the case decided not to pursue a complaint.

“These types of incidents reinforce our ongoing campaign calling for better protection for shop workers and highlights our zero tolerance policy on all types of crime aimed at our colleagues and customers,” continued Goldie.

It comes after the retailer asked people to ‘be kind’ in a new campaign encouraging customers to treat shop colleagues with respect and reinforce the Co-op’s long-term message to potential criminals that ‘it is not worth the risk’ of targeting them.

Recent research conducted by the society has shown that in the past 12 months, incidents of verbal abuse jumped by 167%, antisocial behaviour by 39%, assaults by 35% and threats by 16% compared to 2019.

The retailer also revealed 312 crimes related directly to Covid-19 have been recorded in stores since the start of the pandemic.

To help combat the problem, the retailer recently rolled out a raft of different measures including security assistance buttons and tracking devices on products to deter theft. 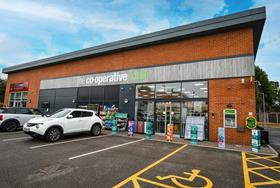