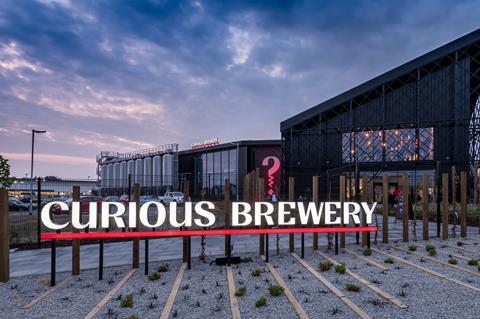 Chapel Down is ditching its beer business Curious Drinks to focus on wine after the brewery’s sales were decimated by the pandemic.

Prior to the pandemic, Curious Drinks was selling 90% of its beer to the on-trade, said Chapel Down, which meant it was “significantly impacted” by pub closures over the past year.

Chapel Down had decided “to focus our energy and resources on building the Chapel Down brand and business to ensure we continue to flourish”, said its CEO Frazer Thompson, adding Chapel Down’s wine and spirits volumes had grown 38% in 2020 amid the surge in at-home drinking.

The effect of the disposal, for which Chapel Down will not receive any consideration, is to remove the Curious business from the Chapel Down Group and with it the attendant net debt in Curious.

Chapel Down invested heavily into building the Curious brand over the past decade, including the opening of a massive brewery and taproom in Ashford, Kent.

RCP’s Johnson said there was “terrific potential” in Curious Drinks “despite the challenges of the past year”.

“Brewing will always be a cornerstone of British culture, and the craft beer revolution has only strengthened that. Curious is a great brand made in a fabulous facility, and with our support we believe the business can be developed further.”

No redundancies will take place as a result of the disposal. 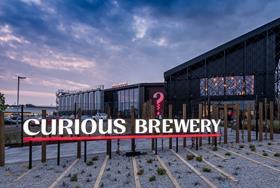