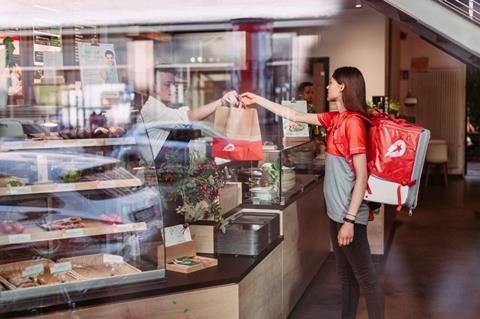 German food delivery firm Delivery Hero posted surging sales in the first half of 2021, although its EBITDA losses remained at over €330m as it continued to invest in growth.

Its adjusted EBITDA loss edged up from €323.5m to €332.3m, though the group pointed to its EBITDA/GMV margin improving from -3.6% to -2.1% despite expansions into new verticals and markets.

The group said its improved margin “demonstrates the capacity of Delivery Hero to achieve efficient growth”.

The group moved into the black in Europe, with adjusted EBITDA improving from -€7.9m to €1m.

A similar picture is emerging in its Americas segment, where the adjusted EBITDA/GMV margin improved from -19.2% to -9.1%.

Adjusted EBITDA/GMV margin is expected to improve slightly to around -2% for the full financial year.

Delivery Hero hit the headlines in the UK two weeks ago after news emerged it had built a 5.1% stake in Deliveroo, spurring speculation of a potential takeover. Delivery Hero CEO Niklas Östberg said the business began buying shares in Deliveroo in April as he felt the company was “undervalued”.

Delivery Hero was the former owner of UK takeaway operation Hungry House before selling it to Just Eat in 2016.

Marks & Spencer was up another 5.1% to 179.5p – its highest level since the advent of COVID – on broker upgrades followings its announcement on Friday that profits would be higher than market expectations. 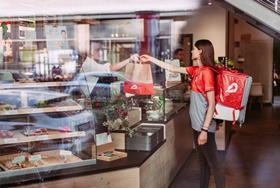