White Rabbit to move into pasta with free-from ravioli launch 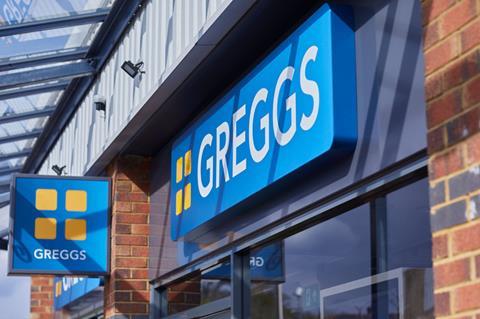 Profits at Greggs look set to return to pre-Covid levels quicker than expected after sales at the bakery chain surged as shoppers flocked back to the high street in April.

In a trading update this morning, Greggs said like-for-like sales declined 13.5% for the first 18 weeks of 2021 when compared to the same period two years ago prior to the pandemic.

However, the performance improved dramatically over the past eight weeks to be just 3.9% down on 2019 levels and had turned positive since 12 April when non-essential retail reopened with the latest easing of Covid restrictions.

Greggs said delivery sales continued to contribute positively to its performance, with 800 shops now offering the service, representing 8.2% of total sales in the past eight weeks.

The group added the current trading environment was “clearly highly unusual”, making it difficult to predict how sales would develop.

Competition is set to increase next week as cafes, restaurants and pubs reopen for indoor service on the latest step on teh government’s roadmap out of lockdown.

However, Greggs still expected overall sales performance for the year to be stronger than previously forecast.

“Providing guidance on the profit outcome for 2021 remains difficult given the uncertainties surrounding trading conditions.

“However, given our recent trading performance, the Board now believes that profits are likely to be materially higher than its previous expectation, and could be around 2019 levels in the absence of further restrictions.”

Greggs has opened 34 new shops in 2021 so far, including 13 franchise operations, with the majority of the expansion being at retail parks and petrol stations. It also closed 11 shops, giving the group a total of 2,101 sites in the estate.

Shares in Greggs surged 8.5% to 2,544p this morning on the back of the positive update.

Sales at Hotel Chocolat have soared in the eight weeks to 25 April despite the chocolate retailer being closed over Mother’s Day and Easter.

The group’s stores remained closed for six of the eight weeks until restrictions for non-essential retail relaxed on 12 April, but revenues still increased 60% compared with the same period a year ago.

Revenues were also 19% higher than the comparative period in 2019 before coronavirus devastated the high street.

Hotel Chocolat said the growth was largely driven by its online offering and subscription service.

It added sales in physical stores had been “encouraging” since reopening on 12 April.

The board now expected trading for the year ended 27 June 2021 to be “significantly” ahead of expectations.

CEO and co-founder Angus Thirlwell said it felt “great” to have the stores back open again, with a strong pipeline of NPD to launch over the summer.

“In the past year, we have added over one million customers to our database, an increase of 47%,” he added. “Our strong Easter is entirely thanks to them.”

Hotel Chocolat also committed to repaying its furlough funding of £3.1m thanks to the “resilience” of its performance.

Shares at Hotel Chocolat rocketed by more than 10% to 392.9p as markets opened.

Under the terms of the partnership, Science in Sport will advise and manage INEOS Grenadiers’ nutrition strategy, with the company’s nutritionists embedded in the performance staff of the team. The new agreement continues a five-year relationship, which has supported INEOS Grenadiers’s seven ‘Grand Tours’ cycling victories.

CEO Stephen Moon said: “We are very pleased to be extending our partnership with INEOS Grenadiers, which has worked extremely successfully over the past five years. We are world-leaders in our sector for science-led product innovation, and our partnerships with elite sport teams and athletes help to drive their success and to highlight the quality and integrity of our products.

“We look forward to continuing to innovate with Britain’s best sports teams and fuel many more Grand Tour cycling wins for INEOS Grenadiers.”

The biggest story of the week on the markets comes on Tuesday morning when Morrisons updates the City on its first-quarter performance. The latest BRC-KPMG retail sales figures are also released tomorrow, while ingredients business Treatt releases its interims.

Just Eat will provide an update ahead of its AGM on Wednesday, as will Ocado on Thursday before its annual general meeting. 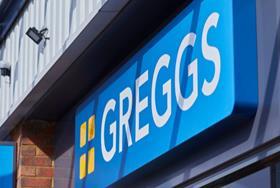