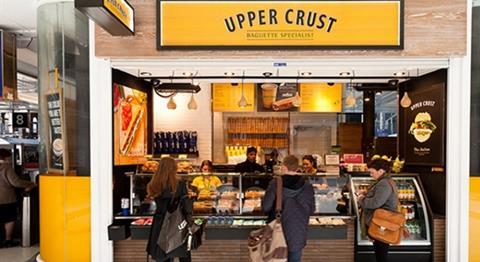 The beleaguered company, which has been battered by the coronavirus outbreak as its concessions at airports and train stations saw footfall disappear, has kicked off a process to find a replacement for Smith.

It said the search would look at internal and external candidates.

Smith is leaving SSP to take up a new role at an unnamed private equity-backed business.

He is expected to leave the group at the end of 2021 and, in the intervening period, will continue with his existing responsibilities and support “an orderly transition”.

Smith, who was previously the boss for UK and Ireland at SSP, took over the CEO position in 2019 from Kate Swann, who ran the company from 2013.

Shares in SSP slumped 3.9% to 254.1p this morning as markets reacted to the news.

The stock lost more than 70% of its value as the Covid crisis hit but has been making steady progress since news of the vaccines were announced. It remains a long way off the pre-pandemic price of 557p.

The group revealed last month that it had plunged to a £300m pre-tax loss in the first half as ongoing lockdown restrictions and closures wiped out revenues.

However, it also reported signs of a recovery in passenger demand, led by domestic and leisure travel, most notably in North America.

This morning it added current trading was in line with expectations, with third quarter sales at 27% of 2019 levels, and sales in the most recent week at 42% of pre-pandemic levels, compared with 30% at the beginning of June.

Chairman Mike Clasper said: “Throughout the past 16 months, Simon and our executive team have done an excellent job in steering SSP through the enormous challenges presented by the pandemic, acting very rapidly to protect the business and its cashflow, create a more flexible operating model and strengthen the balance sheet.

“SSP has a very clear strategy and significant competitive strengths, placing it in an excellent position to take advantage of the many opportunities for growth that will be presented by the recovery in the travel sector.”

Finsbury Food Group has pushed revenues back close to pre-pandemic levels after a strong second half despite the delay to full relaxation of restrictions.

The bread, cake and morning goods manufacturer said in full-year trading update that sales were up 2.3% to £313.3m in the 12 months ended 26 June. The group generated revenues of £315.3m in the 2019 financial year before the crisis hit.

It follows a 9.2% jump in second-half revenues.

Revenue in the group’s core UK bakery division increased 0.8% for the full year, driven by a strong second half with H2 figures up 6.8% versus the prior year. The recovery of the group’s foodservice business has continued although at a slower-than-expected pace as a result of ongoing Covid restrictions.

The overseas division delivered “an extremely positive performance” in the second half. This, combined with an earlier recovery than in the UK, resulted in second-half revenues jumping 27.4%.

CEO John Duffy said the performance was a testament to the hard work and commitment of the group’s teams operating under challenging circumstances.

“Our retail business performed very well and while our foodservice business has continued to be impacted by Covid-related restrictions, the performance of the division has continued to improve on a quarter-by-quarter basis since the outset of the pandemic,” he added.

“We are pleased with the resilience the group has shown.

“Looking ahead, while the current operating environment continues to experience near-term uncertainty amidst challenging economic conditions, assuming trading conditions continue to normalise, we are confident in our ability to make further progress in the current financial year and in being able to deliver on our longer-term growth ambitions.”

Sales have continued to recover at Science in Sport in its first half to the end of June, the group said in a trading update.

After “an encouraging start” in January and February, the performance nutrition group gained momentum through the second quarter, with record monthly sales in June.

This period of profitable growth, together with positive prospects for the second half, including new product launches, placed the company in a strong position to meet market expectations for the full year, it added.

CEO Stephen Moon said the group had “regained its growth momentum” after the unprecedented global disruption of the pandemic in 2020.

“This very encouraging performance reflects the progress achieved in 2020 and the strength of our premium brands and will help to drive strong underlying EBITDA growth,” he added.

“Prospects for further progress in the second half look strong, and our long-term growth strategy remains unchanged.”

Profits at McBride are expected to meet expectations in the year ended 30 June despite continued uneven demand as Covid restrictions lift.

The group, which makes private label products for the domestic household and professional cleaning and hygiene markets, said the impact of Covid-19 lockdowns on consumer behaviour led to a continuation of weaker laundry volumes and stronger demand for cleaners and dishwasher products in the second half.

These weaker run rates, coupled with stockpiling in the early stages of lockdown in 2020, resulted in lower second-half revenues and full-year revenues at constant currency 4% lower than the previous year.

In the divisions, powders was significantly hit, with sales declining 16%, reflecting the effect of low laundry volumes both to consumer and professional markets, with sales in the other divisions declining by much smaller amounts.

The FTSE 100 started the day on the backfoot after the markets reacted to the shock of US inflation revealed yesterday. The index is down 0.3% so far to 7,101.47pts.

The three trading updates this morning affected the shares of the respective companies in different ways, with Finsbury Food Group rising 1.1% to 92p and McBride and Science in Sport falling 3.7% to 85.7p and 1.2% to 73.1p respectively.

After making solid gains in the morning on the back of positive retail sales data, the FTSE 100 ended the day on the backfoot as Covid worries persist and US inflation rose at grew at fastest pace in 13 years. London’s blue-chip index finished the session down 0.03% to 7,123.54pts.

Hotel Chocolat saw a sweet rise of 2.4% to 383p as it upgraded profit forecasts for the year on the back of a 21% jump in revenues despite restrictions hampering the bricks-and-mortar business. 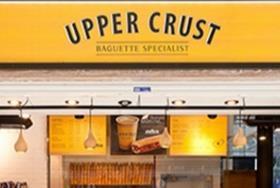