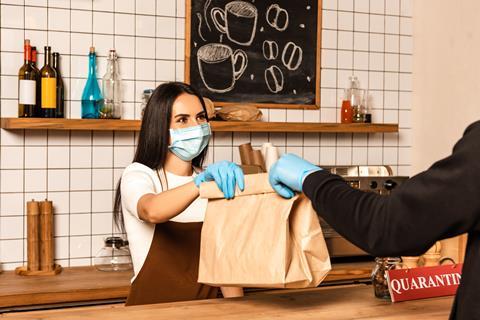 UK consumer confidence remained at its highest post-pandemic level during June, although concerns over rising inflation have affected sentiment over the country’s economic prospects.

GfK’s consumer confidence index remained unchanged from May at -9 in June to remain at its highest March 2020 before the pandemic.

GfK found forecasts for personal finances over the next 12 months rose one point to 11, now 15 points higher year-on-year.

However, expectations for the general economic situation over the next 12 months dropped to -2, albeit this remains 46 points higher than in June 2020.

GfK client strategy director Joe Staton said: “A repetition of last month’s score doesn’t mean confidence is about to nose-dive. The upwards trajectory for the index since the dark days at the start of the pandemic is currently still on track.

“However, forecasts for rising retail price inflation could weaken consumer confidence quickly and that may account for the six-point dip in June in our measure for the wider economy in the coming year.

“On a more positive note, we have strong numbers for our personal financial situation, both for the past year and the year to come. In addition, this month’s further improvement in the major purchase index – the third month in a row – could see shoppers spending in anticipation of a staycation summer.”

Consumer views of the wider economic situation over the past 12 months improved by one point to -47, which is 12 points higher than a year ago.

Views on consumers’ personal financial situation over the past 12 months also improved by four points to zero, now nine points higher than in June 2020.

Nicolson will step down from the board prior to the next AGM in May 2022, following nine years as a non-executive director of the company, seven of which have been as chairman.

Allen was most recently CEO of Dairy Crest from 2007 to 2019 prior to its acquisition by Saputo, having also worked at Shell Group and held non-exec roles at Howden Joinery Group, Dairy UK and Warburtons, as well as Norcros, where he was Chair from July 2020 until April 2021.

AG Barr said Allen “brings a deep understanding of consumer goods to the board, as well as significant public company experience, all of which will be important as AG Barr continues to execute its strategy and growth plans”.

Meanwhile, Zoe Howorth will join the board as a non-executive director, with effect from 1 July 2021. Howorth has worked at Procter & Gamble, United Biscuits and The Coca-Cola Company, where she spent 16 years, culminating in her role as UK Marketing Director from 2010 to 2013.

Having completed eight years as a non-exec director, Pam Powell will stand down from the board at the end of June 2021.

Chairman John Nicolson commented: “I am delighted that both Mark and Zoe will be joining our Board, both of whom bring a wealth of highly relevant experience and I look forward to welcoming them at this exciting time for AG Barr.”

Elsewhere, PZ Cussons has announced that Jitesh Sodha will join the board as a non executive director with effect from 1 July 2021.

Caroline Silver, chair of PZ Cussons, said: “I am delighted to announce Jitesh’s appointment. He brings with him invaluable experience and financial expertise which will enrich the Board’s discussions and decisions as we support the renewed management team and strategy.”

Deliveroo shares surged by 9.3% yesterday to 274.9p – albeit still well down on its 390p float price – after a UK court ruled its riders were self employed. 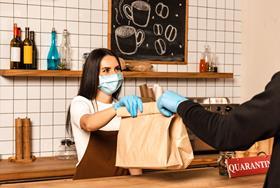