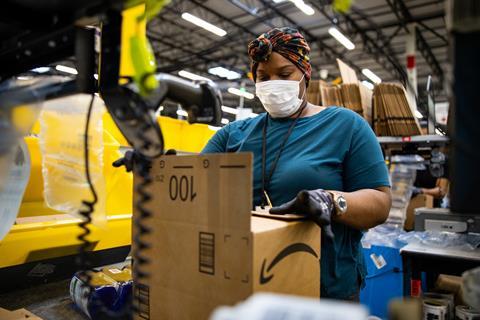 The Competition & Markets Authority has said it “cannot speculate” on the likelihood of an investigation into Amazon and its use of marketplace seller data.

The Financial Times on Thursday reported the competition watchdog was planning a formal investigation into Amazon and had been analysing the e-commerce giant’s business “for months”.

Part of the investigation will be focused on whether Amazon favours merchants that use the e-commerce giant’s own logistics and delivery services when determining which sellers are featured in the site’s ‘buy box’, according to the report, which cited three people with direct knowledge of the plans.

“The CMA cannot speculate as to which cases it may or may not investigate,” a CMA spokeswoman told The Grocer today.

The European Commission is currently investigating Amazon on the same grounds, having informed the company in November it had breached EU antitrust rules.

“We must ensure dual-role platforms with market power, such as Amazon, do not distort competition. Data on the activity of third-party sellers should not be used to the benefit of Amazon when it acts as a competitor to these sellers,” the Commission’s executive VP Margrethe Vestager, in charge of competition policy, said at the time.

“The conditions of competition on the Amazon platform must also be fair. Its rules should not artificially favour Amazon’s own retail offers or advantage the offers of retailers using Amazon’s logistics and delivery services,” she added.

Amazon said it disagreed with the Commission’s allegations.

Several European competition authorities have also been looking into Amazon’s practices. In January Amazon sued the EU for allowing the Italian Competition Authority to pursue its own case, arguing it should be wrapped into the EU investigation.

In a US antitrust hearing last summer, Amazon CEO Jeff Bezos said the company had “a policy against using seller-specific data, but I can’t guarantee you that policy has never been violated”.

“Amazon has several performance indicators which influence if a merchant is shown in the buy box. Some of them are regarding logistics like delivery time, time to response and punctuality. Orders which are fulfilled by Amazon normally hit the highest score possible in that category since they are fully integrated. That doesn’t mean you can’t achieve similar scores if you’re not part of the system but it needs a same level of service quality,” Zündorf said.

“Amazon wants to get the merchant with the best performance and a competitive price in the buy box. Everything else would work against their mantra of ‘customer first’. Since Amazon logistics meet the highest standard, they are often the winner. Also Amazon logistics are often cheaper for the merchant, which allows them to make cheaper offers.

”These are two reasons why they win the buy box, but none of the reasons are unfair – especially for the customer,” he added.

The CMA spent much of 2020 closely scrutinising Amazon as part of its investigation into its investment in food courier platform Deliveroo. The scrutiny included analysis of “large volumes of internal documents” from the two companies. 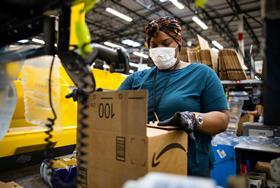