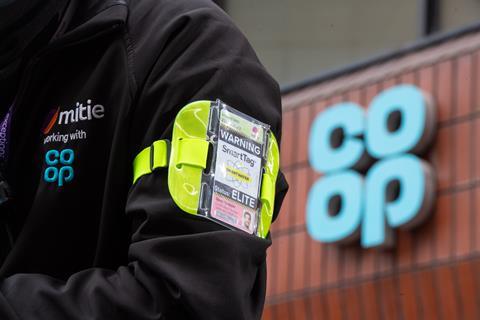 Co-op security guards are being armed with handheld sprays to mark suspected criminals with difficult-to-remove invisible paint that shows up under UV light.

The primary use of SmartTag SmartWater is as a deterrent, with trials of the tool shown to calm potentially violent incidents, and stop them from escalating. In the “most extreme circumstances” violent offenders will be sprayed, providing evidence for police to later act upon.

The SmartWater will be used by Co-op’s Mitie-employed security officers in around 400 stores, and moved to different locations based on need and “latest intelligence”.

“Our aim was to create a deterrent for door staff to diffuse violent incidents before they escalated,” said Detective Superintendent Lee Berry of South Yorkshire Police. “Over 100 canisters were deployed across the county.

“We received great feedback from security staff who said they had diffused situations by warning those involved that they would be forensically marked,” Berry added.

Last year, Co-op said it was in the midst of a “crime and violence epidemic” with crime at its stores increasing by more than 140% year on year. The numbers of violent incidents on the shop floor is at record levels, with 1,350 attacks suffered by Co-op shop workers in the first six months of 2020.

“Nothing is more important to us than the safety of our colleagues who work tirelessly to serve communities,” said Andrew Needham, Co-op head of retail loss and security. “No one should have to face violence just for doing their job, and we are doing everything we can to protect them.

“As a community retailer we see the impact of social issues in our stores, and alongside the latest technology the root causes of crime in communities must also be addressed – that is why we are calling for government to introduce greater protection for shopworkers with stiffer penalties and sentencing for those convicted to send out a clear message that violence, abuse and anti-social behaviour is not acceptable.”

This year will also see Co-op more than double the number of stores where colleagues wear body-worn cameras. Over 550 stores are expected to use the technology, which can send real-time audio and visual footage to Mitie’s security operation centre at the push of a button.

Mitie officers are being given special training before they are given the SmartTag sprays.

“We have sought the advice of both the police and top legal teams, creating a training module that ensures the staff know the correct way to use SmartTag,” said Gary Higgins, COO of SmartWater Technology. “It proved to be a powerful deterrent in South Yorkshire, and we’re delighted that Mitie and the Co-op have taken the initiative to be the first supermarket to roll out the technology.” 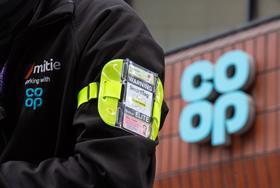