Rural convenience stores achieve £16bn in sales over past year 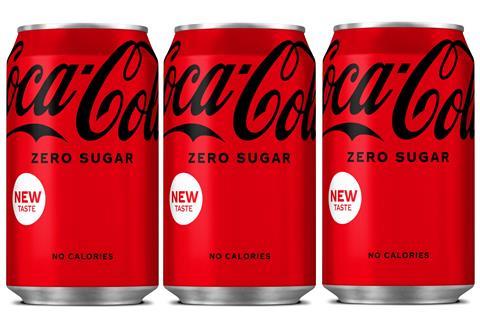 Coca-Cola is to launch an “evolved” version of its Zero Sugar SKU as it looks to create “the best possible Coca-Cola experience”, it said.

It will roll out over the coming months.

She added the new recipe was the latest in a number of moves Coca-Cola had taken to reduce sugar and help people to reduce their sugar intake.

“For a number of years, we’ve been changing the recipe and innovating to offer people a choice of low and no-sugar drinks including offering smaller pack sizes, introducing colour-coded labelling and increasing marketing investment in our low and no-sugar range of drinks.”

Kicking off this month, the camopaign, called ‘Open That Coca-Cola’, explores non-verbal reactions to the drink.

The campaign is said to “bring to life the first sip of Coca-Cola, and the expressions we use to convey its great taste”.

It will be supported by a new song by Tyler, The Creator, which Coca-Cola said, “truly brings to life the iconicity of a Coca-Cola”. 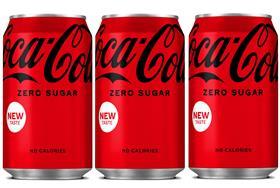