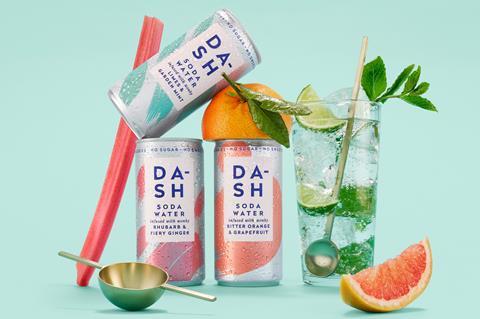 Dash Water is set to take on the likes of Fever-Tree and Schweppes as it makes its mixer debut with a range of sodas.

The drinks brand, which recently became a B Corp, is foraying into the mixer category with a lineup of flavoured soda waters it says are “made for mixing”.

It claims the new range is a first to market, being a flavoured mixer with no sugar or sweeteners.

Co-founder Jack Scott said: “We noticed that this market was dominated by highly sweetened options. We wanted to bring a fresh perspective to this, simply infusing our spring water with deliciously wonky fruit and a good dash of soda fizz.”

It will launch three flavours – Lime & Garden Mint, Grapefruit & Orange and Rhubarb & Ginger – via its online store, Amazon and Ocado next week (£5.95/6x200ml).

To support the launch, Dash has partnered with Diageo’s Casamigos, Black Cow and Aecorn spirits brands for a ‘Made for Mixing’ campaign, aimed at simplifying mixing at home, it said.

It will focus the launch on the retail market as opposed to the on-trade.

“This project was born out of our customers using our main range as a healthy mixer, so we really wanted to play to our strengths,” said Scott. “We want this to be something people enjoy at home, much like they’ve been doing with our main range.” 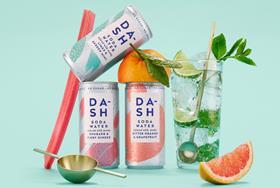