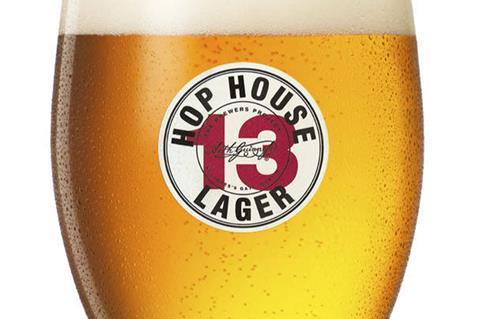 Diageo is calling last orders on its Hop House 13 brand in the UK, The Grocer has learned.

The Guinness spin-off – which Diageo launched in 2015 in a bid to cash in on the craft beer boom – has been delisted by its parent company and is set to disappear from supermarkets, pubs and bars.

The beer initially performed well and became one of the UK’s top-selling beer brands, buoyed by growing demand for posher brands and solid distribution in the mults.

Confirming the move, a Diageo spokeswoman said it had undertaken a review of its beer portfolio and “taken the strategic decision to prioritise the main Guinness trademark in Great Britain”.

It had been “a difficult decision to make, but one that we believe is right for Guinness in the long term”, she added.

Indeed, while Hop House lost ground in the supermarkets, Guinness excelled, adding £27m to its value, rising to £104.5m over the same period – a 35% gain [Nielsen].

“We have exciting plans on Guinness over the next 12 months, including a brand new campaign as we welcome consumers back to the pub, our continued sponsorship of the Six Nations Rugby Championship, and our £30m Raising the Bar initiative to support the hospitality industry during the Covid-19 pandemic.”

At the time of writing, the beer was still available to purchase online from the big four. 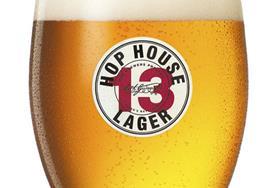