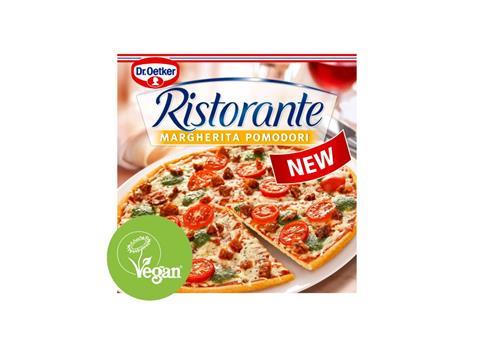 Dr Oetker Ristorante is hoping to challenge Goodfella’s in the freezer aisles with the launch of its first vegan pizza in the UK.

It is topped with tomato sauce, grated vegan cheese, sun-dried and cherry tomatoes and a pesto-style garnish.

The pizza was billed as having the “perfect balance of tasty topping and crispy crust”, and was taste-tested by a panel of vegan and flexitarian consumers to ensure “deliciously satisfying” results, the brand added.

It has rolled out at Tesco and Asda stores nationwide.

The NPD would “give those opting for a plant-based diet the real taste experience of a brand they know and love”, she added.

It said its Vegan Deep Dish Cheeezeburger and Vegan Tomato Stuffed Crust Takeaway Smokey Bac’n and Mushroom pizzas were “aimed at plant-based eaters and those looking for a meaty feast”. 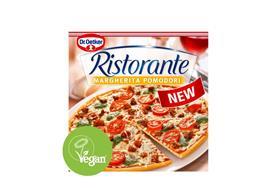