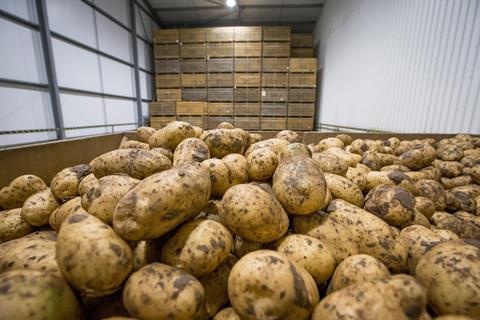 Almost half the Scottish potato crop is still held by growers on farm as the sector grapples with the EU export ban on seed potatoes, AHDB has said.

Some 39% of total UK production, representing 2.11 million tonnes, was still on farms by the end of January due to uncertainty created by the ban – 40,860 tonnes higher than the five-year average.

“While there was a slight uplift in production in Scotland, much of the Scottish area is grown for seed production. Therefore, slower seed sales may account for some of this volume,” said senior analyst for potatoes at AHDB, Alice Bailey.

Scotland accounted for 29% (608.7Kt) of what remained in grower ownership at the end of January. This represented just under 50% of total Scottish potato production still in store and more than at the same point last year.

“There have been reports that many growers delayed their seed orders this year whilst deciding what to plant, seemingly awaiting some positive news for the industry as coronavirus pans out.”

It comes as the UK and EU have continued to discuss equivalence on seed potatoes, with AHDB reporting progress had been made. However, the levy board added it was “very unlikely” that trade would be back in place before seed crop planting took place this year. 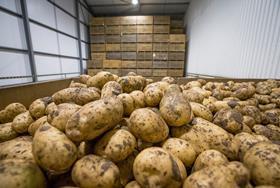