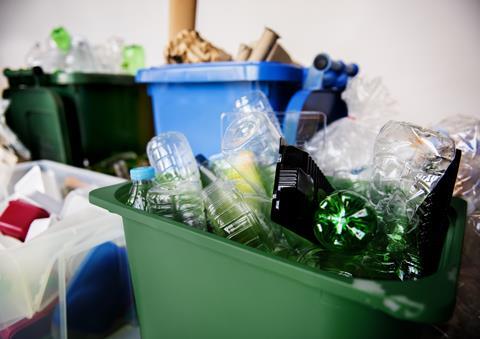 The “astronomical” cost of government plans to make businesses responsible for tackling plastic and recycling risk forcing up family food bills by £125 a year on average, industry leaders have claimed.

Suppliers told The Grocer they were shocked at the scope of the proposals for extended producer responsibility (EPR) due to come into force in 2024, under which food and drink companies will pay for everything from clearing up criminal fly-tipping to recovering rubbish from bins blown over in the wind.

When the government launched a consultation into its plans in March, The Grocer revealed its estimated costs for EPR, due to come into force from January 2024, had rocketed from £1.1bn estimated in 2019 to £2.7bn.

With the consultation due to end next week, industry sources told The Grocer it was inevitable costs from EPR would have to be passed on to consumers, along with government plans for the plastic tax and deposit return schemes.

One source said the scale of the costs was “truly frightening”, with the government’s plan set to make businesses responsible for the cost of managing packaging waste including the collecting, sorting and recycling of waste from households. It is also due to include business’ litter and refuse management costs.

“We have major concerns about the open-ended nature of the cost facing the industry,” said the source. “The burden looks like it could be truly astronomical, which coming straight after Covid is a disaster.

“The government even want the industry to be responsible for illegal activity such as fly-tipping, or even the cost of bins blowing over and educating the public about not dropping litter. Where does all of this stop?”

The consultation says “not all ‘ground litter’ is illegally disposed of as a result of poor consumer behaviour, for instance it can be blown out of bins or be moved by animals if bins are full or overflowing. Producers placing on-the-go packaging on the market should acknowledge the costs to others associated with packaging that is consumed and disposed of outdoors.

“As a result, we propose that producers should be required to cover the costs of all littered packaging, including packaging in litter bins and ground litter. This would include proportionate, proactive, and reactive clean-up services for binned and ground litter as well as funding litter prevention measures in order to achieve the overarching objective, which is to prevent litter arising in the first place.”

Other big costs include the industry paying for installing new IT systems for managing and reporting data.

“We have warned government that any changes to the system would need to be achieved in a manner that would not result in inflationary costs for businesses or consumers,” said David Bellamy, FDF senior environment policy manager.

“Not only will this be a huge cost to industry, but our own estimates suggest that combining the cost of EPR, DRS and the plastic tax will cost £125 per household, with the assumption that the costs are passed on in one year.

“This level of cost will have a wholly prohibitive impact on driving forward the investments needed in packaging design and innovation to increase recyclability and lead to other improved environmental outcomes.” 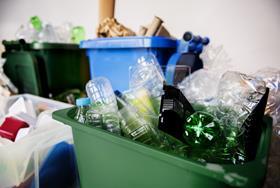