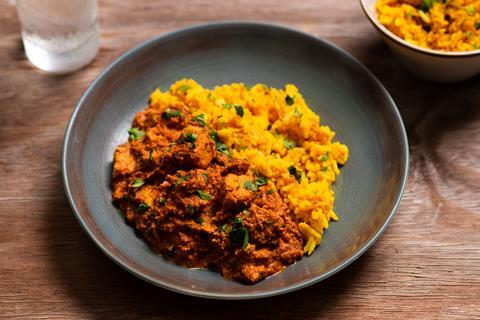 Feast Box has partnered with Quorn to launch a duo of vegetarian meal boxes.

The two recipe kits – Cantonese Quorn and Quorn Tikka Masala – will be available to order from early November.

They had been “carefully crafted” to ensure they were “packed full of flavour and nutrients”, said Feast Box.

The aim of the partnership was “to highlight that vegetarian meals can be just as exciting, worldly, and tasty for all to enjoy”, it added.

It comes as Quorn has boosted its range of vegan lines over recent months.

Earlier this month, it launched a frozen ‘fakeaway’ range based on chicken shop classics.

Made from Quorn’s mycoprotein, the range was designed to address the needs of shoppers “crying out” for vegan takeaway options, the brand said.

In September, it expanded its sausage lineup with the launch of its vegan ‘Brilliant Bangers’ line.

The chilled NPD was described by Quorn as a “great-tasting and versatile” sausage, developed with “succulence and flavour in mind, helping make shoppers’ transition into meat-free easy and enjoyable”. 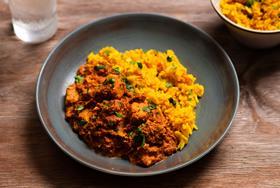