Takeaway market almost doubled in 2020 as Brits ordered in 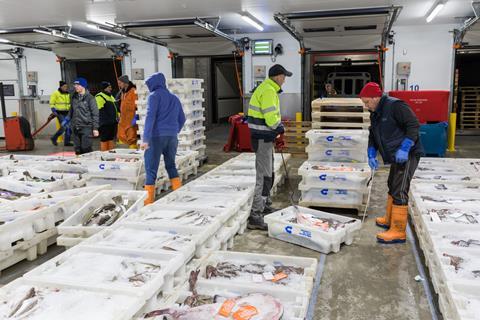 The government has been urged by MPs to adopt a pragmatic approach in discussions with the EU in a bid to reduce the red tape faced by British seafood and meat exporters.

In a new report, the Commons Environment, Food and Rural Affairs Select Committee said the “substantive” and costly barriers to trade since Brexit risked rendering small seafood and meat export businesses “unviable” and could lead to factories and jobs relocating to the EU.

The cross-party group called on government to seek out an arrangement with the EU to digitise the paper-based export certification system, provide financial support for meat exporters, give further financial support to small businesses and establish a “ring-fenced fund” for the creation of distribution hubs that would help groupage and slash transport costs.

It also recommended the government “closely monitor” the availability of official veterinarians and to challenge the EU on its unpurified live bivalve molluscs ban.

“Even as ‘teething problems’ are sorted, serious barriers remain for British exporters, and it is now imperative that the government take steps to reduce these,” said Efra chairman Neil Parish.

“It must be pragmatic in seeking an agreement with the EU to reduce the red tape that harms both sides and crack on with giving practical support to small British businesses to sell their produce abroad. By the end of the year, the government must have developed a digital system for certifying export health certificates for imports from the EU, enabling it to then negotiate a reciprocal arrangement.”

Parish added that the committee was concerned by the absence of equivalent checks on imports from the EU and warned of “serious long-term repercussions” for domestic producers if the government further delayed implementation of import checks due to the uneven playing field the initial delay had created.

Reflecting on the government’s performance in supporting businesses in the run up to the implementation of the deal on 31 December, Efra’s report said firms “had not received the standard of support they should have done” from government and that its guidance was “not sufficiently timely, targeted or joined up”.

It said the government should have “worked more closely” with both the EU and EU member states to test systems in advance of 1 January, a move which would have provided an opportunity to remove some of the issues in the export system, and urged government to test systems in conjunction with the EU ahead of the imposition of full import checks later this year.

But the report did welcome the government’s willingness since Brexit to engage with the EU to seek an equivalence mechanism on agri-foods.

Responding to Efra’s report and its recommendations, the government suggested it was already doing enough to help exporters.

“We are providing the support that businesses need to adapt to our new trading relationship. This includes a £20m SME Brexit support fund, dedicated support for fishermen and seafood exporters, tripling the number of official certifiers to meet demand, and developing new digital trade platforms,” said a spokesman.

“The new timetable for introducing import checks is pragmatic and allows businesses more time to adjust as Covid-19 restrictions are lifted.” 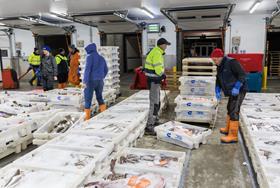