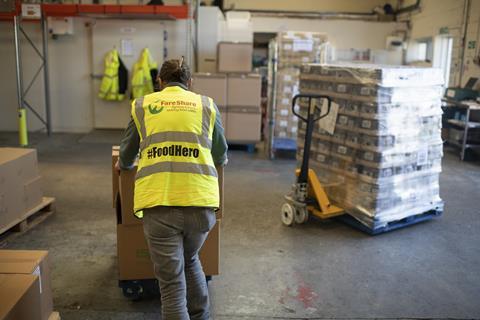 Ministers have rejected calls to extend funding for food redistribution charities including the Marcus Rashford-backed FareShare, despite warnings the HGV driver shortage is causing another hunger crisis.

The government today published its response to the second Covid-19 and Food Supply Report from the House of Commons Environment, Food & Rural Affairs Committee.

The report had called for measures including a commitment for future funding for FareShare and other food charities, who have seen an explosion in demand from victims of food poverty since the pandemic began.

In its response, the government insisted it was committed to reducing and preventing food waste but that no cash had been earmarked.

But it said there were “no plans at the present time to tender further grant opportunities (and no funds allocated in the 21/22 financial year to do so).”

While it said it would continue to work with the sector and the supply chain to “break down the barriers to redistribution” the lack of financial commitment is a huge blow for food redistribution charities, who have warned the UK is on the cusp of a food waste catastrophe because of the driver shortages and the ongoing impact of the pandemic.

This week FareShare told The Grocer up to a third of the food that would otherwise be sent to its warehouses was not getting through, equating to 60 tonnes a day, or 800,000 meals a week.

Meanwhile Tesco warned its supply chain alone was being forced to bin almost 50 tonnes a week because of the distribution issue.

FareShare has been calling on ministers to commit to repeat the £15m of funding awarded to the sector by then Defra secretary Michael Gove in 2018, which has been used to cover additional costs of harvesting, packaging and transporting surplus food to charities.

The grant followed a long-running campaign by The Grocer, and FareShare this week called on the government and industry to work together to ensure the work continued to prevent hundreds of thousands of tonnes of edible food going to landfill, or being sent for animal food and anaerobic digestion.

However, in its response the government said: “The redistribution sector wants to see a greater focus on businesses making food surplus available. To that end we are working closely with partners such as Wrap and the Institute of Grocery Distribution and across the supply chain to highlight the opportunities for business to redistribute their surplus.”

The response has added to the fury caused by the government response to part one of the Efra report, in October, in which it accused the media of exaggerating reports of panic buying in supermarkets and denied being unprepared for the impact of the Covid crisis on the food supply chain.

It claimed reports of shortages had been overblown by the press, despite all supermarkets having been forced to bring in draconian measures to limit purchases as shelves were emptied of a raft of food products.

The latest response was slammed by Efra committee chair Neil Parish, who said: “In April, we urged the government to maintain the momentum gained during the Covid crisis to keep society’s most vulnerable people fed.

“Despite our committee making clear recommendations, the government’s response is lacklustre, kicking the can down the road on long-term actions which would tackle the very pressing issue of food insecurity.

“A great deal of expectation now rests on Henry Dimbleby’s National Food Strategy – something my committee will be keeping a close eye on. We hope he will be more ambitious and that the government will finally recognises the seriousness – and urgency – of the matter.” 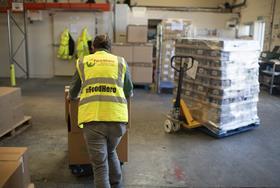