UK and EU in talks to reduce checks on animal exports 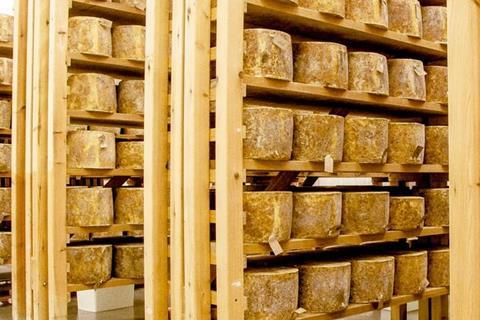 Brexit could cost Britain its premium food reputation and return global perceptions of the industry to those of the 1980s, the Guild of Fine Food has warned.

Post-Brexit border frictions have proved particularly troublesome for smaller businesses who are struggling to find the resource to deal with the new processes. Some plan to stop supplying Europe altogether.

John Farrand, owner of the Guild of Fine Food, said European customers might consequently not get to taste some of the artisan British products that helped craft a ‘halo effect’ over the entire British food and drink during recent decades.

“We’ve done a great job in this country of persuading the rest of the world that we can produce really good, interesting, well-made food and drink,” said Farrand. “There’s a danger now that because of Brexit, Europe won’t see our smaller, more artisan, more interesting foods.”

Farrand argued Britain’s highly regarded provenance and production methods have helped create a food culture that is respected overseas, in turn driving food tourism and exports across the board.

“I’m concerned that we’re accidentally going to underpin all the big producers and the supermarkets and we’re going to lose the smaller, more creative, more colourful side of food and drink which we have gained in the last 30 years.”

While he said it is right that much of the focus is on the “nuts and bolts” of the UK’s new trading relationship with the EU, he questioned whether the “cultural effects on our food and drink nation” are being overlooked.

“We need all sorts of food producers in this country. We can’t rely on artisan producers to supply the nation’s food, that’s a fact. But I think it would be wrong for one end of food and drink to go into decline at the expense of the other,” he added.

Cheese specialist Neal’s Yard Dairy said this week that exporting to Europe was like playing “Russian roulette” after one of its shipment was delayed by a week. While it has no plans to stop trading with the EU itself, director Jason Hinds reiterated concerns that for many smaller firms it is simply no longer viable.

“The ratio of that kind of mass produced, semi-industrial cheese Britain had a reputation for shipping to the EU in the 90s will to go up in French markets. Because the artisan stuff that really is better quality is going to be much less visible.”