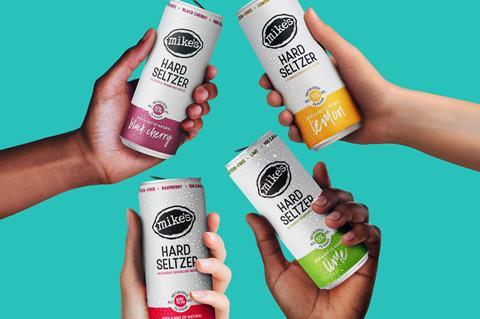 Brits knocked back almost £12m worth of hard seltzer in 2020, exclusive figures reveal.

The US trend, which hit mainstream UK retail last year, is gathering pace, according to latest Kantar figures, with sales of £11.8m and 3.7% of all UK households – or some one million shoppers – having bought into the category so far [52 w/e 27 December 2020].

“We’ve seen a huge amount of interest and activity and there have been a slew of launches and new entrants,” said Kantar head of alcohol Richard Lee.

Indeed, barely a month went by last year without at least one new hard seltzer hitting shelves, with big names from the US such as White Claw and Mike’s getting in on the action.

The supermarkets have embraced the trend, with the likes of Tesco even launching dedicated hard seltzer bays.

Yet the category is not without its challenges. “Has it lived up to the hype? When you look at more traditional parts of the market and overall reach, the amount of people that are actually picking it up off the shelves has some way to go compared to beer or cider and even the more directly comparable RTD sector,” said Lee.

The data suggests some brands aren’t delivering on taste, he added. “When you look at repeat rates for hard seltzers and the proportion of shoppers coming back to buy them again, it is about 23% – lower than the average for the RTD category.

“There’s clearly interest and excitement but for some it’s not converting into the taste experience they’re looking for.”

That being said, the drinks are flying among younger shoppers, with almost half category spend coming from younger, “pre-family” Brits. “It has really engaged those shoppers – we know these shoppers are particularly engaged with health and wellness.”

It was likely the category would pick up once Covid restrictions were eased, Lee added. “Over the summer period we saw a spike which hasn’t quite followed winter. Hard seltzer definitely caters to that outdoor occasion and we’ve not had so many of those. In non-Covid times it might have performed much better.

“But still, these are pretty impressive numbers.”

Read more: all the hard seltzers in the UK and where to buy them 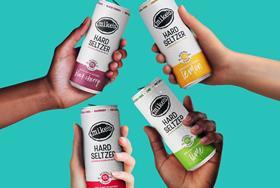