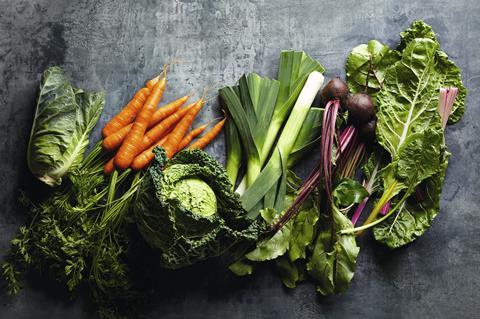 Healthier foods are currently nearly three times as expensive as their less healthy counterparts, according to a new report from the Food Foundation.

According to the study, foods that are high in sugar and fat are only 40% of the cost of fruit & vegetables per each 1,000 calories.

In addition, the poorest fifth of the country’s households would need to spend 40% of their income on healthier food to be able to meet the government’s Eatwell Guide costs, compared with 5% for the wealthiest fifth.

“For people with less money available it is likely to be harder to afford and therefore eat varied and healthy diet rich in fruit & vegetables,” said Dr Kate Ellis of the University of Cambridge. “This leaves people reliant on less healthy, energy-dense foods to make up the majority of their diet. While these price differences remain, it will be hard to tackle dietary inequalities in the UK.”

The survey also claimed one third of places to buy food in communities with lower incomes are fast food outlets, compared to one fifth in “least deprived” local authorities. Fast food consumption is linked to chronic diseases such as obesity and diabetes.

According to the report, over half of the children born in 2021 will experience diet-related diseases by the time they are 65 years old. Children in the “most deprived decile” were 10 times more likely to develop severe obesity by the age of 11 than those in the “least deprived decile”.

“Some of this year’s findings are quite shocking and sets us all a big challenge for this year ahead, particularly those who work to change public policy and industry ambition for the benefit of consumers,” said Food Foundation chair of trustees Laura Sandys.

The annual study showed that advertising spend on fruit & veg decreased in 2020 from the year before, corresponding to only 2.5% of the total food and soft drink advertising spend. It said that 92% of cereals and 96% of yoghurts marketed for children contained “high or medium” levels of sugar.

“Our new Secretary of State for Health & Social Care must confront the food companies promoting and profiting from unhealthy processed food which, as we know, can lead to obesity and the worse outcomes from Covid-19,” said Katharine Jenner, campaign director at Action on Sugar.

Meanwhile, the costs of vegetarian and plant-based meals generally dropped since last year’s survey, with 22% of ready meals being vegetarian or plant-based.

Eating Better executive director Simon Billing said that while there had been some progress on upping vegetable content in ready meals, there was still “much more work to do” to make healthier and sustainable food choices affordable for the general population.

The Broken Plate Report, which was funded by the Nuffield Foundation, was released ahead of the Henry Dimbleby-led National Food Strategy review. The NSF is expected to include strict recommendations to government to improve the food sector across all levels.

“There has never been a more opportune time for the government and businesses to face the challenge of fixing our food environment head on,” said Food Foundation executive director Anna Taylor.

“Bold action will be required if we are to safeguard the future health of our children – but is by no means impossible.”

The Food Foundation report, now in its third year, uses 10 different metrics to analyse and track the progress of the UK food system. This year’s report was produced in collaboration with Nielsen, Eating Better, Action on Sugar and the University of Cambridge, among others. 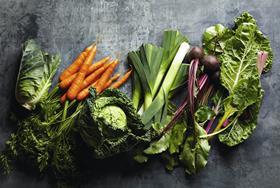