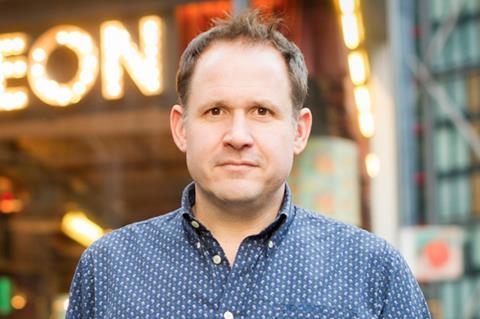 Leon restaurant founder Henry Dimbleby’s National Food Strategy (NFS) is set to call for a “radical overhaul” of the food and drink system, including a major clampdown on junk food and a reduction in meat production, industry sources claim.

Leading industry figures say they were left “shocked” by the hard-hitting presentation Dimbleby gave to the Food & Drink Sector Council this week, setting out his views ahead of his main report due out in July.

The first part of the NFS, last summer, backed plans to tackle obesity with a clampdown on HFSS promotions and advertising, but sources said they believe Dimbleby plans to go “very much further” in his full report due in July.

“What he is saying is that the food system needs a complete correction in the way it manufacturers food,” said one source.

“He was basically suggesting that our appetite tells us to like food which is bad for us; ultra-processed food, HFSS food and meat, and that it’s the industry’s fault for continuing to produce this sort of food.

“He also warned of the impact of climate change and of land use of the production of these foods. Dimbleby contends that some CEOs of big food organisations do understand it, but others don’t. It seems as if the report is going to be very radical. Just how radical came increasingly into sharp focus at the meeting.”

The Grocer has previously revealed how Dimbleby has been investigating how fiscal measures, such as the expansion of the soft drink sugar tax, could be used to tackle obesity, having described the impact of Covid-19 as a “wake-up call” for further action to tackle the crisis.

“He didn’t talk about taxes in his presentation, but you have got to assume taxation or regulation is implicit,” said a source.

“What he’s proposing is a fundamental challenge to the entire why the UK produces food and drink. He is calling for huge changes in how and what can be sold and what our industry looks like and how it is managed. It is a huge jump from where we are now to where he thinks we should be.”

Dimbleby is said to have reserved some of his biggest criticism for intensive farming methods and the UK’s excessive consumption of meat, linking it to climate change .

“He wasn’t saying that eating meat is bad, but he was saying we eat far too much. I think some of the meat farmers whose production is at risk because of this will have serious questions and want to know how they can be incentivised to change. Some manufacturers will be in the same boat. Retailers will also be questioning what the report will mean for them.”

Earlier this month the UK’s biggest supermarket, Tesco, announced it planned for 65% of its sales to come from healthy products by 2025.

“I think Tesco’s announcement was regarded by many to be a direction of travel for the industry,” said a source. “But it looks as if Dimbleby wants to go very much further.

“It was a pretty hard-hitting presentation and if, as I can only assume, this is going to be reflected in the strategy, it is going to be pretty shocking for many.”

“Dimbleby was saying he has been speaking to some of the CEOs already about what’s in scope,” added another source. “He clearly has a fundamental issue with the food people eat, which he referred to as a failure of appetite. He thinks companies are failing if the food they are producing is fundamentally bad for us.

”However, there is also an issue of how much Dimbleby has influence over the current government. He was a Michael Gove appointment, who of course has now moved on to a different role. So there is a question over how much teeth he has. It’s also up to the Food & Drink Sector Council to make sure it engages with this report so it is not just the ideas of one man.”

The government has promised to produce a white paper in response to the strategy within six months of it coming out. 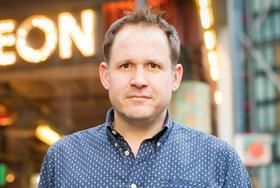