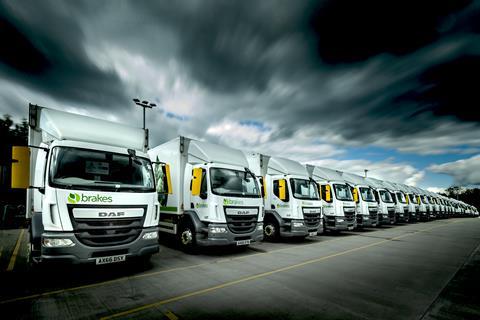 The government’s HGV driver apprenticeship scheme shake-up, which merged training for Class 1 and 2 qualifications is leaving graduates over-qualified for most wholesalers’ driving roles according to Brakes.

The national food and drink distributor told The Grocer the new-look system was putting wholesalers at a disadvantage and “not addressing where the shortages really are – which is a lack of Class 2 HGV drivers”.

The government simplified the apprenticeship scheme in September in a bid to ease the driver shortage. Historically, drivers would be tested on Class 2 skills, which includes a rigid truck, before taking a further Class 1 driving test, which qualified them to drive larger articulated lorries.

Brakes said it was now seeing graduates opting for typically better paid Class 1 roles and shunning Class 2 positions, which are the go-to vehicle of choice for wholesalers.

Brakes operations director Mark Jenkins said the government’s ‘well intentioned’ action “is actually jeopardising the initiatives that Brakes is putting in place” to recruit drivers. Brakes has since ceased participation in the scheme.

“In the past we’ve run a successful apprenticeship programme with many Brakes driving graduates now working across the business, having successfully completed this route into a driving career,” he said.

“However, changes in the process mean that it is no longer as relevant for our business.”

In order to continue to recruit and train drivers, Brakes has launched Changing Gears, a bespoke programme to train HGV drivers.

“It is a fantastic example of us not waiting for the government to deal with the shortage, but creating our own bespoke solutions,” said Jenkins.

“Changing Gears is all about identifying driving talent and giving them really strong support to not only pass their HGV test but to become great drivers. It allows current and new colleagues to take on driving roles, with their training and testing funded by Brakes, but it’s not just about passing the test, it’s about supporting the professional development of the drivers of the future.” 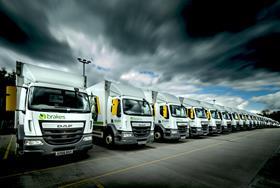