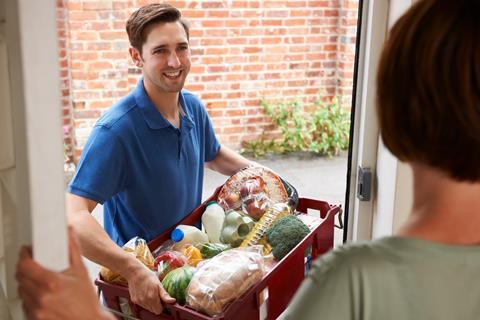 Convenience store retailers are seeing home deliveries fall by up to 50% since the government began easing of lockdown restrictions.

He currently has accounts with Deliveroo and Uber Eats, and has just got onboard with Snappy Shopper.

“We’re still looking at pushing all three of them, because I do feel app-buying for groceries is taking [convenience] to the next level,” he said.

Costcutter retailer Peter Patel said home deliveries were down 25% month-on-month since April, and 75% year-on-year. He set up the service at one of his stores in Brockley, south-east London, in 2019 using the Uber Eats platform.

Patel said he was still looking to expand his online grocery presence to his other five stores, despite the recent decline.

“The biggest decrease has been on our alcohol delivery. But it makes no difference to me, because we’re going after the grocery market, and the bigger shop. Not just a couple of bottles of wine.

“Long-term home deliveries are something that are going to be around. And we’re looking to create our own app. We’ve got six stores, so we can scale it a lot quicker.”

Online grocery platform Appy Shop told The Grocer it had seen a “slowdown” in the number of home deliveries, but this was expected.

“We predicted that as restrictions lifted we would see a dip in the number of orders, but we are confident this is only temporary and soon numbers will rise again and potentially be stronger than previously,” said group sales & marketing director James Widdowson.

“We do have some retailers going against this trend and growing week on week, which is great to see.”

The shopping app has introduced a new functionality that allows stores to also accept telephone orders through the platform at no additional cost for the service. It said this can reduce call-taking time by around 80%.

Shopping app Jisp said it had seen a slowdown of new customers, but had “retained what we’ve got”.

“There’s going to be some stablisation, but there’s nothing to deter from the fact that this is going to be a growing trend,” said chief customer officer Greg Deacon.

Jisp has recently partnered with Zoom 1hr Delivery to provide retailers with a fleet of drivers. It means retailers can use Zoom to find the nearest drivers to their stores to deliver the goods for them without having to leave the shop.

“We want to make it even more convenient for retailers to grow delivery without the necessary angst of doing it themselves,” said Deacon.

Snappy Shopper CEO Mike Callaghan said: “Contrary to expectations, we have seen a 16% increase in total gross merchandise value in the past four weeks versus the same four weeks in January.

“At present, we are deploying money-off incentives for shoppers, fully funded by Snappy Shopper, and national campaigns to ensure that retailers can make the most of the Euro 2020 opportunity.” 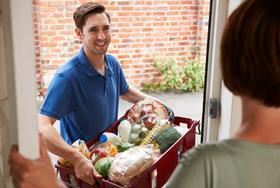