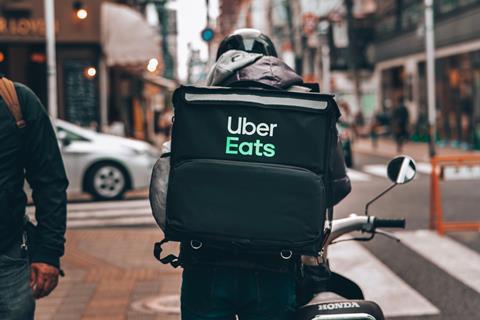 Iceland has expanded its trial with Uber Eats, offering delivery in as little as 20 minutes to more parts of London.

The latest stores – in Kentish Town, Bow and on Caledonian Road in Islington – have joined the trial launched from Iceland’s Hackney branch in September.

The recently added stores are listed on the Uber Eats app and website. About 250 Iceland products are available to choose from in the trial, across categories including fresh meat, fruit & veg, dairy, food cupboard, household, ready to eat and ‘frozen favourites’.

The trial is just one of the ways Iceland has dramatically expanded its online services since the pandemic took hold last spring. In September, as the Uber Eats trial was announced, Iceland MD Richard Walker said the supermarket’s own scheduled deliveries had increased by 300% in the previous 12 months, to about 40,000-50,000 a day, with the capacity for 750,000 a week. The online expansion had created 3,000 new jobs.

In the run-up to Christmas, the frozen specialist further expanded capacity with the addition of 250 new vans to its delivery fleet, each with double the crate capacity of its existing ones.

Read more: Christmas trading: how do all the supermarket performances measure up?

Along with new store openings, the online focus will have helped Iceland grow Christmas sales faster than any other bricks & mortar supermarket based on Kantar data, which puts its till roll up 18.9% in the four weeks to 27 December.

Iceland has also continued the online push since Christmas. The Grocer revealed earlier this month it was looking for 1,000 extra drivers and 2,500 store pickers in a new recruitment drive.

The business is working on adding same-day deliveries to its scheduled service.

It’s one of a number of supermarkets to also launch on-demand services with third-party couriers in the pandemic. Aldi partners with Deliveroo to fulfil online orders from over 100 stores, in a trial first launched last May. 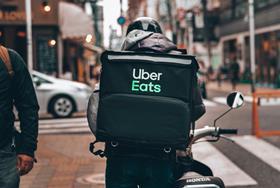