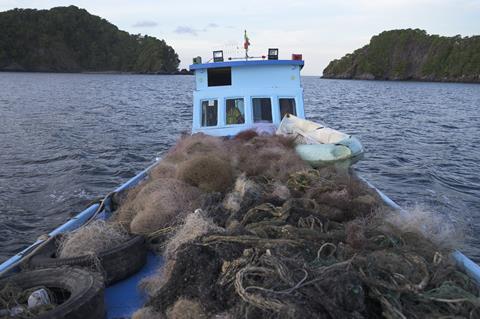 Iceland is hoping to help tackle the problem of fishing gear lost or abandoned at sea by joining an alliance against the issue.

The supermarket has become a member of the Global Ghost Gear Initiative, a cross-sector alliance whose work includes training fishers to safely recover equipment from waters and educating them on recycling nets.

Iceland’s plans include introducing the initiative to its own fish and seafood suppliers and encouraging them to join. Suppliers will be given the opportunity to join at Iceland’s ‘Plastic Free Working Group’ in April.

GGGI was founded in 2015 in a bid to remove some of the millions of abandoned fishing nets, pots and lines left in the sea each year. The aim is “improving the health of marine ecosystems, safeguarding human health and livelihoods and protecting marine animals from harm”, Iceland said.

“Reducing pollution is an issue that Iceland has been addressing since we made our industry-leading plastics commitment, and joining the GGGI is another step forward in our efforts to reduce marine pollution,” said Iceland MD Richard Walker.

GGGI director Ingrid Giskes said: “Ghost gear is the most harmful form of ocean plastic and among the most prevalent, with roughly one ton entering into our ocean every minute. It’s also hugely damaging to fish stocks, and in turn, fisher livelihoods, affecting the bottom line of the fishing industry.

“Tackling the problem of ghost gear requires a global effort from everyone along the seafood supply chain, which is why support from supermarkets like Iceland is so critical.” 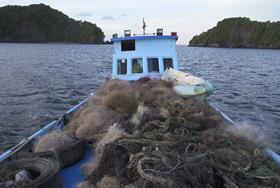