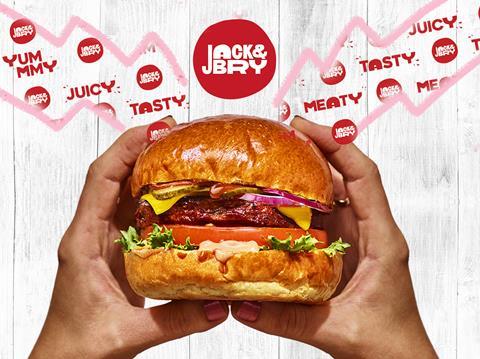 Meat-alternative jackfruit brand Jack & Bry has raised £1.3m in seed funding as the business rolls out a retail range amid soaring demand for plant-based food in 2021.

The start-up plans to use the cash to invest further in artificial intelligence technology to help it develop more jackfruit products and ingredients that closely mimic the texture of meat using a proprietary manufacturing process.

It will also put the funding towards boosting brand awareness with a marketing push and maintaining current rapid growth.

Jack & Bry was founded in 2019 by Bryony Tinn-Disbury with the launch of jackfruit pepperoni slices, which the business claims as a world first.

It now supplies 138 Zizzi restaurant and 450 Papa John’s outlets across the UK, with its jackfruit pizza ingredients also used on Zizzi’s retail range of pizzas in more than 300 Sainsbury’s stores.

The business has also launched a retail range of jackfruit burgers, sausages and mince on its DTC website.

Tinn-Disbury said: “We know consumers are seeking out meat alternatives in ever greater numbers, but they also seeking higher quality plant-based foods.

“Our ambition is to launch with a major supermarket in 2021 to help meet the booming demand in the category. We predict the Veganuary effect will last throughout the whole of the year, not just for January, and backed by our new investors and non-executive directors we are excited for the next stage of the journey at Jack & Bry.”

Almost 600,000 people around the world signed up for this year’s Veganuary, making it the biggest in the event’s history. Tesco said Veganuary helped sales of plant-based products to soar by 35% last month. 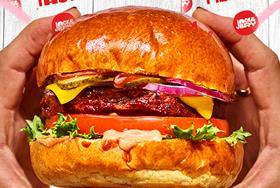