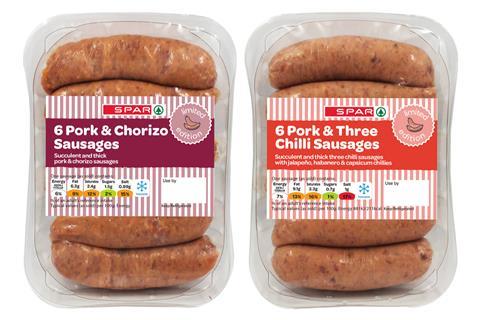 These will be available across its network of independent and company-owned stores in 400g packs of six thick sausages, with an rsp of £3 or through a two for £5 promotion.

The Spar wholesaler said the new flavours would be released on a rotational basis to add “excitement and variety” to the current range.

The two flavours to be released first for six weeks are the pork & chilli and pork & black pudding sausages, which will then be replaced by the chorizo and three chilli flavours.

“By releasing the sausages on a two-period cycle, we aim to bring variety and colour to the shelves, trial new mouthwatering flavours and gain a deeper understanding of which flavours are popular with Spar customers.” 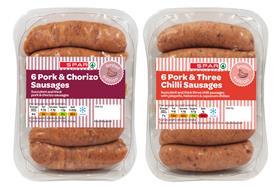