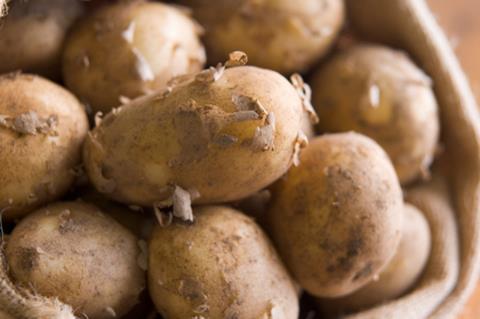 Supplies of Jersey Royal potatoes have been hit by the ongoing dry weather conditions that have hampered growers across the UK in recent weeks, the crop’s biggest supplier has said.

Jersey Royal harvesting typically runs from April to July, with May forming the peak of its season.

But after a five-week period with no rainfall on the island, its potato exports to British retailers have been running at an average of 300 tonnes a week – 60% of their typical volumes for this time of year – according to The Jersey Royal Company.

“The cold weather and recent drought has so far produced smaller-sized Jersey Royal new potatoes and decreased volumes but expected rain will help ensure that customers get the expected quality, as well as the usual size and yield,” said a spokeswoman for the company.

Exports to mainland Britain were also hit last week by French fishing protests over access to Jersey’s waters. The protestors partially blockaded the island’s principal port of St Helier for a brief period on Friday (7 May) – which disrupted that day’s shipping.

Despite these issues, The Jersey Royal Company said it expected the weekend’s rain would alleviate supply issues and that it soon hoped to be exporting 3,000 tonnes a week.

While Met Office forecasts suggested the weather on Jersey would remain relatively dry this week, the rest of May would see more unsettled and wet conditions.

The news comes as livestock farmers and growers of field crops have been hampered in recent weeks by unseasonably cold and dry weather. April was the frostiest month since records began, the Met Office said, which stunted the growth of grass and vegetables like asparagus and onions. 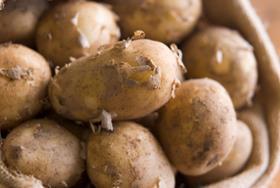