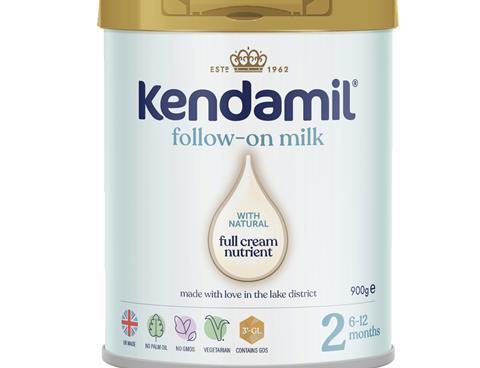 Fast-growing infant formula brand Kendamil has secured its biggest supermarket supply contract to date, with a national listing in 545 Tesco stores set to kick off on 19 April.

Kendamil, which is the only major infant formula brand to both source its milk and manufacture in the UK, is supplied by 220 Lake District dairy farms. It has won listings for its Classic cows milk variant in stages one, two and three (rsp: £10/900g cans).

The Tesco contract was a “game-changer” for the brand, said commercial director Will McMahon, and meant Kendamil was now available across the big four and Waitrose, in addition to Boots and Ocado online.

Launched in 2016 after a buyout by the McMahon family of the ex-Heinz infant formula plant in Kendal, Cumbria, the Kendamil brand has since grown rapidly. It saw sales grow by 44.5% last year to £1.9m according to The Grocer’s Top Products Survey [Nielsen 52 w/e 5 September]. However, McMahon stressed the brand’s actual annualised run-rate was over £6m due the strength of its sales online, making it the infant formula category’s fifth-biggest brand.

“This listing represents our largest rollout and investment in a single retailer,” McMahon added. “Kendamil Classic is also the most inclusive product on the shelf. It’s the only vegetarian baby milk on the market, as well as being halal and kosher, which allows us to serve a large and under-represented demographic.”

The range was certified vegetarian by The Vegetarian Society as it used a plant-based source for its Omega 3, as opposed to the fish oil used in rival products, he pointed out.

The Tesco launch will be supported by the brand’s biggest-ever marketing push, including digital and in-store promotion, which will “tell the farm to formula story” of the brand, using real parents, McMahon said.

“Kendamil represents an ideal fit for Tesco’s brand values – a commitment to local-sourced, sustainably-made products that cater to all British parents, no matter their background,” said founder and CEO Ross McMahon.

“As a disruptor brand in a category lacking innovation, our rapid growth has been powered by social media, where parents in their thousands are celebrating the switch to Kendamil’s unique mammal milk fat recipe and reporting better digestion and sounder sleep with their little ones,” he added. 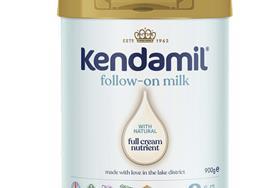