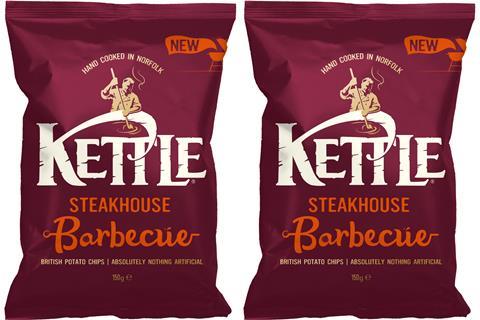 Kettle Chips has added a Steakhouse Barbecue flavour to its core range.

The brand claims it is the only premium crisps brand with a real meat barbecue SKU and said it was “raising the bar in a so far underrepresented market”.

The crisps offered an “authentic barbecue taste created by a grill”, said Kettle Chips, and featured a sweet and smoky flavour it said was synonymous with low and slow barbecue cooking.

The new flavour will feature as part of Kettle Chips’ sponsorship of James Martin Saturday Morning, where it will have its own 10-second ident, as well as being further supported by a social, PR and shopper marketing campaign. 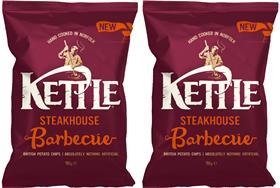