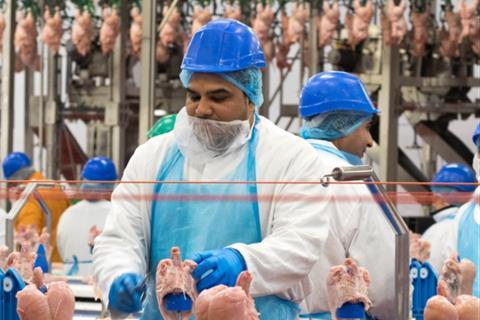 The food sector’s growing labour crisis is set to become even more acute, with many EU migrants expected to return to their home countries, 2 Sisters Food Group CEO Ronald Kers has warned.

Kers told The Grocer this week he expected a significant proportion of his workforce would look to take advantage of the government’s EU resettlement scheme – and an incentive of up to £3,000 – to leave the UK once the 30 June deadline for EU nationals to apply to stay in the UK had passed.

Given growing warnings of labour shortages across the entire supply chain, he described the policy as “bonkers”. “We’re effectively paying people to be sent home, and this is only going to exacerbate the issues we currently have.”

2 Sisters estimates about 10% of its EU national workforce, which constituted about 45% of the poultry giant’s total headcount, have still not applied for settled status and fears many will leave. “We’ve seen a structural change to our market, driven by Brexit and Covid, and we simply cannot find the people to take on these roles,” Kers added.

With the business already facing heightened workloads due to demand for more labour-intensive BBQ cuts for the summer season, he warned 2 Sisters was now having to simplify its ranges to focus on larger volume lines.

“This has been impacting our customers for several weeks. We’re currently managing hand-to-mouth,” he said. With the situation expected to become even worse in the run-up to Christmas it could ultimately drive inflation, create product shortages and in the longer term open up the UK market to lower quality imports, he added.

Kers’ comments were echoed by Avara Foods CEO Andy Dawkins, who said the lack of labour was causing “significant challenges at all Avara locations [and is] undoubtedly our top business priority”.

Unlike Covid, “absence is not the issue, it is the shrinking pool of available labour”, he said. “This is true at all Avara locations but exacerbated by regional pulls on seasonal labour and the level of furlough at some.”

Any failure to adequately address the issue would “undermine the sustainability of UK food production in the long term”, Dawkins added.

Meat and poultry sector representatives held crisis talks this week over the issue, with British Meat Processors Association CEO Nick Allen saying there was “industry consensus that there is a serious problem and frustration about how to get the government to listen and take action”.

NFU vice president Tom Bradshaw, who chaired the meeting, said the group was putting together evidence to present to government amid a “very real threat of food price inflation” caused by the labour shortages – both foreign and British – to draw on.

Among a number of urgent requests, the supply chain is calling on the government to include meat sector workers, particularly butchers, on the Migration Advisory Committee’s skilled workers list.

Bradshaw added that the government should also look to make the Seasonal Agricultural Workers Scheme permanent, while also expanding it to include workers in the poultry and ornamental sector and temporarily relaxing driver hours as seen last year.

And echoing the calls of Kers, he added that the government also needed to look at how it could encourage the two million-plus people who remained on the furlough scheme back into the workforce.

“The government should accept responsibility for these genuine issues.”

A Defra spokeswoman said it was “working hard to ensure that producers across the UK have the support and workforce they need”, and working closely with the Home Office to ensure a long-term strategy for the food and farming workforce beyond 2021.

However, the government “would like to see the sector highlight the domestic opportunities available,” she added. 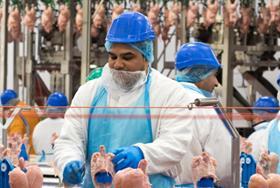