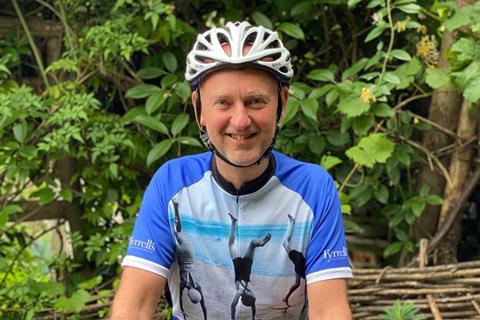 He will take part in the GroceryAid Coast to Coast bike challenge, joining 85 industry execs on a three-day, 375km ride from Caernarfon to Cardiff from 22-24 July.

“I must be crazy,” said Leyland, an occasional cyclist whose bulky 6’1” frame is best suited to the flat. “The route involves over 18,500 ft of climbing – the equivalent of riding up Mount Kilimanjaro and back in three days – and I hate climbing hills let alone mountains.”

Leyland, the only journalist in the industry fundraising party, felt compelled to sign up when he was approached, “because it was such a great and deserving cause”.

“Key workers in the grocery sector have shown incredible bravery in the pandemic but GroceryAid has seen a 55% increase in applications for financial support, with crisis grants paid out up by 87% in the pandemic.”

He added: “William Reed, owners of The Grocer, have been long-term supporters of GroceryAid, and I’m incredibly grateful it has pledged to match fund any money raised, so it’s a case of sponsor me get one free.”

To sponsor Leyland please visit his JustGiving page. He will also promote jerseys from brands that sponsor him on social media. 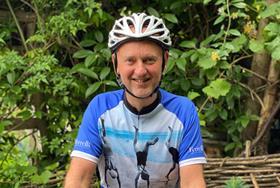