App-based supermarket Weezy expands beyond the capital to Bristol 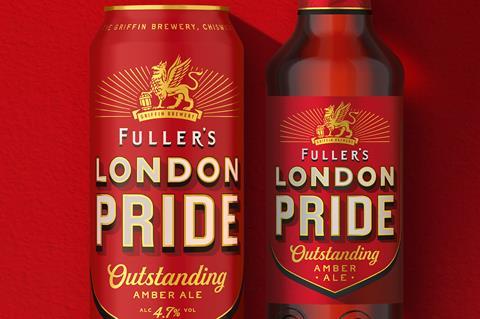 Fuller’s has given London Pride a revamp.

The Asahi-owned brewer has given the bottled ale a makeover it said drew “inspiration from its heritage, long-standing traditional brewing methods and craftsmanship, all centred around the message of an ‘outstanding amber ale’”, fresh with a new colour pallette.

Fuller’s Griffin logo – a nod to its Chiswick base – has remained on packs, while its new “sign-style typography” was “reminiscent of the gilded lettering seen on windows and mirrors across London’s pubs”, said the brand.

Bottled ale drinkers “continue to be extremely valuable to the beer market, with the share of spend in the category currently highest amongst the older, more affluent demographic”, said Asahi UK MD Tim Clay.

However, the ale category had “undoubtedly suffered at the hands of the pandemic” with the closure of the on-trade for large swathes of the year, Clay said. He added the brand aimed “to be at the centre of the category’s rejuvenation and recovery following the reopening of the on-trade”.

London Pride was “an iconic beer and we wanted to celebrate the timeless nature of the brand in a way that will resonate with both established London Pride fans, whilst allowing new consumers to discover its exceptional quality”, he said. 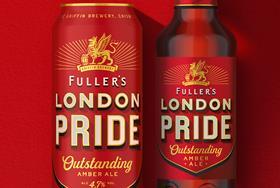