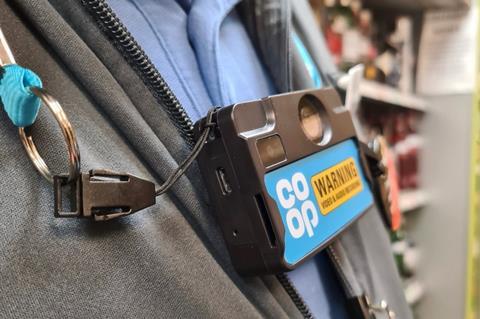 The Co-op is leading a coalition of major retailers in urging the government to bring forward a new clause to its Police, Crime, Sentencing and Courts Bill that would deliver greater protection against crime for all frontline shopworkers.

Thirty-three organisations are backing the amendment to the Bill so far, including the big four, Waitrose, M&S, leading discounters, as well unions and trade bodies.

It aims to give the three million retail workers the protection they need by seeing tougher penalties brought upon on those committing assaults and attacks against them.

It comes after a previous proposal to protect shopworkers in England and Wales, MP Alex Norris’ Assault on Shop Workers Bill, failed at the end of the last Parliamentary session, with the government stating that it “remains unpersuaded of the need for a specific offence”.

In Scotland, the Protection of Workers (Retail and Age-restricted Goods and Services) Act became law in February.

“Violence, abuse and anti-social behaviour towards shopworkers is unacceptable, and it is clear from our conversations that there is appetite across the political spectrum to bring forward new clauses to the government’s Crime (PCSC) Bill which would provide the protection that frontline shopworkers need and, deserve,” said Co-op Food CEO Jo Whitfield.

“Stiffer sentencing will send out a clear message that criminal behaviour in our communities will not be tolerated by society, and importantly lets shopworkers – who have gone to amazing lengths to feed and care for communities throughout the pandemic – know that they are being listened to and taken seriously.

”Assaults and abuse should not be part of the job, and by standing together, I am confident we can encourage the government to change its mind and bring about greater protection for shopworkers in all our communities.”

The call for stiffer penalties comes as a new report launched called ’Breaking the Cycle: Gaining the views of criminal justice practitioners and retail offenders on effective sentencing’.

The research – written by Dr Emmeline Taylor and funded through the Co-op’s Safer Colleagues, Safer Communities, campaign – offers a response to the White Paper ’A Smarter Approach to Sentencing and the Police, Crime, Sentencing and Courts Bill’.

The new research supports the Bill’s intention to increase the maximum penalty for assaulting an emergency worker from 12 months to two years imprisonment and to provide the courts with enhanced powers to sentence in those situations in a way that reflects the severity of that offence.

However, it stresses that in light of the increased frequency and severity of assaults against shop workers, it is understandable that those working in the retail sector are also calling for similar legislation to protect them. It said this would send a clear signal to perpetrators that their behaviour in communities is unacceptable and will be taken seriously.

Dr Emmeline Taylor, author of the report, said: “No one can deny that criminal justice is in need of reform – when nearly two thirds of offenders released from short custodial sentences reoffend within a year it is clear that the system isn’t working. The Police, Crime, Sentencing and Courts Bill provides an opportunity to enact legislation that will better serve victims, protect communities and rehabilitate offenders.”

The call follows new findings of the crimes committed against Co-op’s staff. In the first quarter of 2021, the Co-op has seen almost 400 incidents where weapons have been used against shopworkers, with 56% of those involving either sharp implements, such as a syringe or knife or, a bottle.

Last year, the Co-op saw a 76% increase in recorded anti-social behaviour and verbal abuse compared to 2019 – with more than 100 incidents every day. Since 2016, there has been a 35-fold increase in this type of incident.

Co-op also saw a near 10% uplift in violent incidents in 2020 compared with 2019, which now means that assaults and attacks on its frontline shopworkers has increased by more than 650% over the same five-year period.

ACS CEO James Lowman said: “Retailers and their colleagues faced over a million incidents of verbal abuse and thousands of attacks over the last year, despite keeping their communities going throughout the pandemic.

”We are sending a clear message that these incidents will not be tolerated, and that those who attack shopworkers will not reoffend. The government has been considering tougher sentencing as part of a range of measures to deal with violence and abuse for a long time – we need action now.”

Usdaw general secretary Paddy Lillis said: “When major retail businesses and the shopworkers’ trade union jointly call for legislation, it is time for the Government to listen. In Scotland MSPs voted through a new ground-breaking law to give shopworkers greater protection.

”We are now looking for MPs to support key workers across retail and help turn around the UK government’s opposition. Abuse should never be just a part of the job, shopworkers deserve respect and the protection of the law. 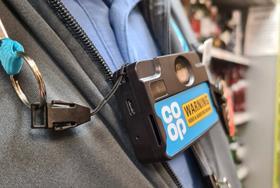