Asda to donate 7,000 laptops to children to help isolation learning 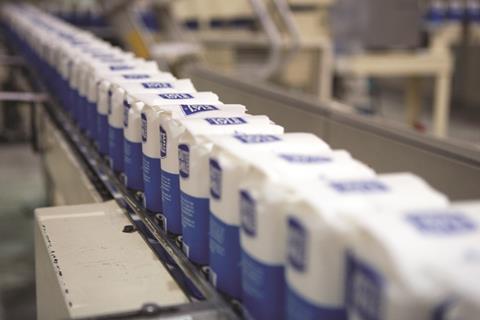 Mass Covid testing is to be rolled out for tens of thousands of food factory and distribution centre workers from this week, after trials showed it could prevent major outbreaks by identifying asymptomatic carriers.

The government has agreed to provide up to six weeks’ worth of free tests for food companies, in an initial phase. It follows a trial led by Tate & Lyle Sugars at its factory in east London, which demonstrated how mass testing could pick up cases of workers carrying Covid displaying no symptoms.

The testing programme is now set to be rolled out across the industry. Initially, workers will be tested twice a week, but with plans also being piloted to allow daily tests of staff, which food bosses said could help prevent a workforce crisis if the pandemic continued to spread.

In a presentation to Defra’s food and drink industry war room, Tate & Lyle senior VP Gerald Mason said the trial had seen all 500 workers at the site tested, with five testing positive.

A further three colleagues had been asked to self-isolate after the tests, he revealed.

“All of these were people that had shown absolutely no symptoms,” Mason told The Grocer.

“We’ve been trialling this at our operation in east London, which is right in the heart of one of the areas which has been badly affected recently by Covid,” he said.

“The testing has allowed us to find colleagues who would otherwise have spread the infection.

“We really feel that it’s enabled us to take a small step ahead of the virus and I would urge all other companies to come forward and take those steps too.”

While the rollout from this week wil involve twice-weekly tests of all staff, trials are also taking place of a system of daily tests for staff that would allow them to avoid self-isolation even if they have come into contract with someone infected, if they test negative.

Mason said: “We are looking at that model but tests are still continuing. The advantage would be it could help prevent people in the workforce being forced to isolate for 10 days.”

The mass testing rollout comes with fears of a workforce crisis still seen as the key concern by food companies in the pandemic. An FDF survey this week showed it was the top issue for 64% of companies, with more than one in 10 seeing absence rates of between 11% and 20%.

To qualify to offer the tests, companies must have heated inside spaces with social distancing and booths to carry out the self-administered tests, as well as facilities to keep proper records of the programme.

A source in the war room said: “There has been talk for a long time of mass testing avoiding the nightmare of a workforce crisis and it’s great to see it now finally getting off the ground.”

However, The Grocer has learnt there is anger in Scotland at the slow rollout of plans for mass testing, with talks not due to begin until next month.

“We are seeing this starting to be rolled out in England, which is a positive move,” said FDF Scotland CEO David Thomson. “But we want to see it is Scotland and would urge the Scottish government to accelerate its plans across the food and drink supply chain.” 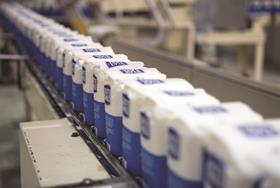