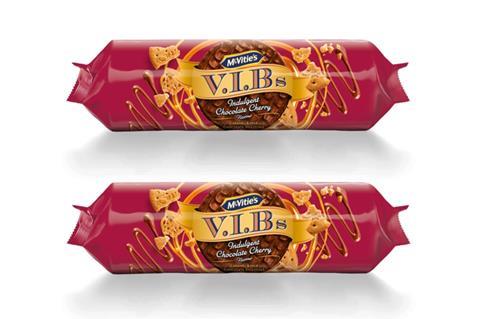 Pladis is adding a chocolate cherry variant to its McVitie’s V.I.Bs range to lure in younger shoppers.

The biscuits are coated in a layer of chocolate cherry flavoured caramel and topped with milk chocolate.

It will roll into Tesco on 28 June. Further launches into other major retailers and wholesale channels will follow from July, said Pladis.

This was because consumers aged 16 to 35 were “looking for more flavour innovation” in the sweet baked goods category, she claimed.

It comes as part of a major push by Pladis to lure younger shoppers to its brands.

In December, it added a host of “quintessentially British, dessert-inspired” flavours to its McVitie’s Chocolate Digestives and Hobnobs brands, targeting consumers aged from 25 to 40.

It has also recently added a swathe of NPD to its Jacob’s Mini Cheddars range to appeal to younger shoppers.

In April, it rolled out a trio of Mini Cheddars flavours inspired by different regions of Britain.

Last year saw it roll out a trio of Mexican flavours and a duo of Mini Cheddars Sticks. 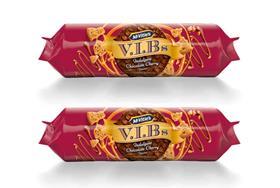