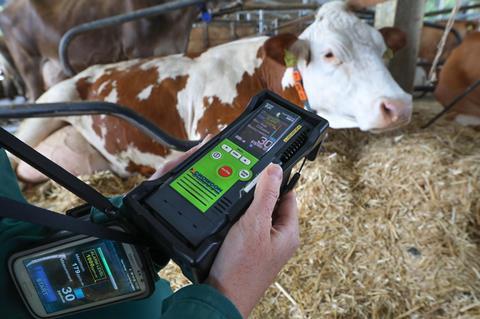 Half of meat and dairy suppliers are underprepared for tough new climate reporting rules, and could ultimately lose business as supermarkets clamp down on the issue, agricultural consultancy Kite has warned.

Supermarkets were increasingly focusing on scope three reporting requirements – which call for greater oversight into the total emissions of a company’s entire supply chain – under the government’s Streamlined Energy and Carbon Reporting policy, Kite said.

Launched in 2019 as part of the government’s plans to reach its net-zero goal by 2050, the SECR’s scope one requires companies to map out their own, direct greenhouse gas emissions; scope two refers to indirect emissions; while scope three aims to incorporate all emissions in a company’s value chain that they do not own or control.

“It is clear, therefore, that focus on this area is only going to accelerate in the future,” warned Kite in its ‘Are you ready’ report.

Reporting was mandatory for companies with more than 250 employees and £36m in annual turnover, the report added, with scope three representing “a substantial shift in emissions reporting that aims to encourage big companies to essentially become responsible for their entire value chain emissions and incentivises them to pressurise suppliers or distributors to make progress on decarbonisation”.

However, Kite director John Allen warned a significant number of business in dairy and beef supply chains “are not even aware of it”.

Allen cited an Asda case study by the retailer’s head of sustainability Chris Brown for Kite’s report. It said the UK beef supply chain “does not currently conduct routine measurement of emissions per kg of beef”.

All agricultural supply chains needed to respond, Brown added. “It would appear that the beef sector has more to do than some others in this respect, as there is little sign of progress in this area to date”.

And other retailers were now also looking into this issue in great detail, Allen pointed out, with Sainsbury’s publishing its own requirements last week.

The retailer said it would work “collaboratively with its suppliers” to deliver against their targets, with the aim of delivering against scope three by 2030.

Elsewhere, Tesco told The Grocer this week it was “engaging with our top 100 suppliers to support and report on their emission reductions” as it aimed for a 35% reduction in carbon emissions across their business by 2030.

Morrisons was also looking into the issue, and planned to make an announcement on its commitments “shortly”.

“We take carbon reduction very seriously,” said a spokeswoman. “To drive the right change we are vertically integrated – so can make our own decisions about our own supply base, as well as by influencing our suppliers.”

Meanwhile, the BRC’s head of sustainability Peter Andrews said tackling climate change in supply chains was “critical” to its plans, with the BRC Climate Action Roadmap calling on all suppliers to be net zero by 2040 at the latest. “We are seeking to work with all stakeholders to achieve this collectively,” he added.

“Ultimately, this isn’t going to go away,” said Allen, who warned companies who failed to respond could lose out. “There are big changes coming down the line, and companies are going to have to respond.” 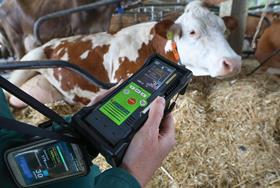