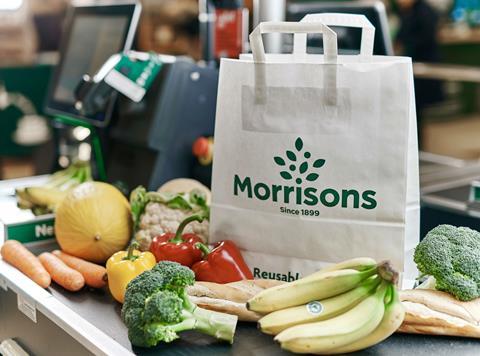 UK supermarket chain Morrisons said it expected profitability to recover this year, despite profits for the 12 months to January 2021 halving due to the costs of the pandemic (The Financial Times £). Morrisons’ profits for 2020 have slumped by half, which the supermarket’s chief executive called a badge of honour as the extra costs incurred in “feeding the nation” during the coronavirus crisis cancelled out the benefits of higher sales (The Guardian). Profits at Morrisons halved last year after it handed back £230million in business rates relief and endured £290million in direct Covid-19 costs (The Daily Mail).

Morrisons has enjoyed a boom in sales from its tie-up with Amazon as more of the tech giant’s Prime customers choose to order their groceries online. (The Telegraph)

The chief executive of Wm Morrison has claimed that a halving of profits during the Covid-19 pandemic is “a badge of honour” because it showed that the business had stepped up at a time of crisis. (The Times £)

John Lewis is preparing to slash prices on its lockdown stockpile of products as it fights for survival after slumping to its first ever annual loss (The Telegraph).

High streets shudder as John Lewis sharpens its axe again, writes The Telegraph. Department stores in shopping centres and prime sites may never reopen after lockdown lifts as retailer looks for profitable future. The John Lewis that emerges from the pandemic will be nothing like the high street lynchpin it was a year ago (The Telegraph). John Lewis shoppers fear closures could be final blow to high street. For some an outlet is the heart of their city or town, for others the group is just moving with the times (The Guardian).

“John Lewis as you know it is already dead,” writes Ben Marlow in The Telegraph. “The pandemic has seen to that. Middle England’s favourite retailer was in trouble before Covid swept through the high street but the downturn has left it facing an existential crisis.” (The Telegraph)

There’s no justification for Waitrose keeping its Covid rate relief cash, writes The Guardian’s Nils Pratley. “The partnership may think of itself as a single entity, but the relevant consideration with a property-based tax is surely whether the stores were open. The department stores were closed for 20 weeks, so, fine, keep that pot of money. But £85m of relief for Waitrose can’t be justified.” (The Guardian)

UK goods exports to the European Union fell 40.7% in January, according to the Office for National Statistics, while imports tumbled 28.8%. (The BBC)

Thousands of companies in Britain were forced to stop trading with the European Union in January because of disruption caused by Brexit, research suggests (The Times £).

The government has delayed bringing in a range of post-Brexit checks on EU imports by around six months – a change that one business group described as coming “in the nick of time”. (Sky News)

Ralph Findlay, chief executive of Marston’s, is stepping down after 20 years at the helm of the pub group, having recently seen off an unsolicited bid from the US private equity group Platinum. (The Financial Times £)

Could SSP be a recovery stock now that the world’s governments are gradually removing lockdown restrictions and making optimistic preparations for life with Covid-19 under control, asks The Times (£).

Britain’s biggest shopping centre owner Hammerson is to bid “au revoir” to its joint ventures in France as it sheds non-core assets to strengthen its balance sheet. (Sky News) 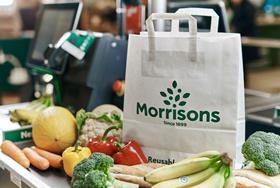