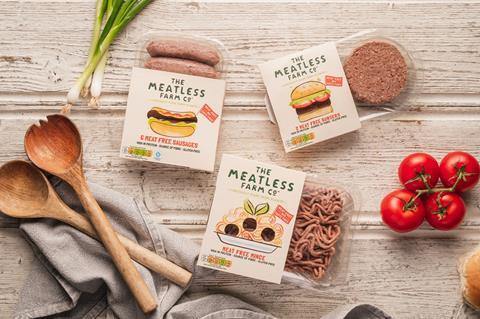 Plant-based burger and sausage maker Meatless Farm is giving its customers the chance to put their money where their mouth is and invest in the fast-growing company after launching a £5m crowdfunding campaign. (The Guardian)

Britain’s largest craft brewer BrewDog has parachuted in a woman to be the first chair of its board as it tries to draw a line under allegations of sexism and a ‘culture of fear’ at the firm. (The Daily Mail)

A delay to the full unlocking of Covid-19 restrictions will be devastating for businesses and require a comprehensive extension of emergency support to avoid further widespread job losses, the government has been warned. (The Times £)

The reopening of indoor dining in hospitality venues last month did not stop total sales in pubs and bars declining by over a third of their pre-pandemic levels, new figures have claimed. (The Daily Mail)

Naked Wines has reported a 68% surge in sales over the past year as customers flocked to buy wine online during the coronavirus crisis (The Guardian). Naked Wines has posted a big jump in sales after Britons snapped up swathes of booze online during the past year as pubs were forced to closed their doors for months on end due to lockdowns (The Daily Mail). Naked Wines has suffered a lockdown hangover as it slumped to a £10.7m annual loss, despite growing sales by 68% thanks to a boom in online demand for booze (Sky News).

IPA brewer Big Drop sets sights on an IPO – It has only been going for four years, but the Big Drop Brewing Company has attracted two of the industry’s biggest names on to its advisory board in Mark Hunter, who was chief executive of Molson Coors, and Stefan Orlowski, former head of Europe at Heineken. (The Times £)

Manufacturers are upgrading their growth forecasts as industry becomes more upbeat about its prospects for the remainder of the year. (The Times £)

MEPs have voted in favour of a resolution calling for a ban on the use of cages across the EU for farmed animals by 2027. They also called on the EU Commission to ban the force-feeding of ducks and geese for the production of foie gras. (The Guardian)

Pasta Evangelists founder Alessandro Savelli, who remains as chief executive and a shareholder after selling a majority stake to Barilla Group, says the acquisition has delivered liberation from endless fundraising. (The Times £)

It is ice-cream but not as you know it. From instagrammable lollies bursting with fruit to treats made from coconut and peas rather than cow’s milk, an explosion of choice will see Britons spend an extra £100m on ice-cream this year. (The Guardian)

McDonald’s is the latest big company to be hit by a data breach that has exposed customers’ details. (The BBC)

The chief executive of GSK’s consumer healthcare business expects the newly separated company to make deals in growth areas such as vitamins in a sector ripe for consolidation. (The Financial Times £)

Britain’s cocktail bars are struggling to keep up with demand from thirsty drinkers celebrating the easing of Covid-19 restrictions, as mixologists warned of a shortage of EU-made mixers and beers. (The Financial Times £) 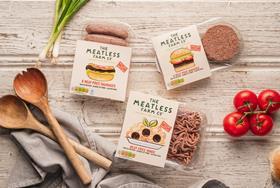