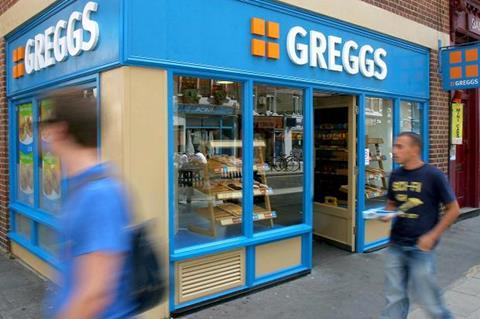 Greggs, the food-to-go chain, posted its first annual loss since it floated in 1984 as it highlighted plans to increase its estate by 1,000 shops and start a build-your-own-sandwich service (The Financial Times £). Greggs is pushing ahead with ambitious plans to open 100 new shops this year despite falling to its first loss in 37 years as a public company (The Times £, The Telegraph, The Daily Mail, The BBC). Greggs has made its first annual loss since floating on the stock market nearly 40 years ago on the back of coronavirus store closures, but is staging a comeback in 2021, with plans for a further 100 shops and new home delivery services (The Guardian). Sausage roll stalwart Greggs has sunk to its first loss in 36 years as the Covid-19 pandemic sliced £300m from the sales of one of Britain’s high street powerhouses (The Daily Mail). Greggs has reported a £13.7m loss for 2020 after sales slumped due the pandemic – but said trading so far this year was better than expected (Sky News).

The payments giant Visa is to hike fees for purchases made by UK-based customers from most of Europe – stoking fears of higher prices and fuelling the argument that Brexit is adding to the cost of trading with the EU. (Sky News)

Ocado has given its eponymous food range a facelift, with 100 new products and less packaging, as part of a major rebrand that is ditching its trademark green for purple to stand out in an intensifying online grocery war. (The Guardian)

Amazon has opened its second till-free grocery store in the UK just weeks after it launched its first site outside of the US in Ealing. (The Telegraph)

Gig economy companies, including Uber and Deliveroo, have faced at least 40 major legal challenges around the world as delivery drivers and riders try to improve their rights. (The Guardian)

Shares in Hammerson, whose sites include the Bullring in Birmingham, Brent Cross in London and Cabot Circus in Bristol, jumped another 13.3% yesterday. It has now gained 102% since Boris Johnson outlined his road map out of lockdown, making it the best performer on the FTSE 350 in the past three weeks. (The Daily Mail)

The FT looks at the fall from favour of Danone’s purpose-driven chief. Emmanuel Faber’s exit was a victory for the activist funds which since January have laid siege to Danone, but it marked a loss for those who prized the 57-year-old as a powerful advocate of the view that businesses must become more sustainable and forge a purpose alongside making profits. (The Financial Times £)

Within 30 years there may not be any cigarette smokers left but that doesn’t mean you should avoid tobacco stocks. Quite the opposite in fact, Citigroup analysts argue. (The Times £)

McDonald’s UK has started an internal investigation after whistleblowing workers claimed COVID rules were being ignored in some of its restaurants. (Sky News)

Why John Lewis tells us this retail crisis is just beginning, writes Helen Thomas in the FT. “For British obsessives of high street decline, there will be plenty more to come. Despite the build-up, this retail reckoning is only just beginning. One of the peculiarities of UK retail is that as the internet has captured a bigger share of spending, the physical sector has continued to expand.” (The Financial Times £)

The FT looks at the low-paid migrant workers ‘trapped’ on Britain’s farms. Employers are setting demanding targets for labourers on the UK’s seasonal work scheme. (The Financial Times £)

The Philippines’ largest restaurant chain, Jollibee, is eyeing global expansion with 450 new eateries due to open this year. Famous for its crispy fried chicken, it sees “opportunities” created by Covid-19 as it targets overseas markets. (The BBC) 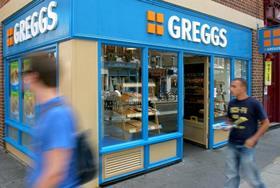