City snapshot: Solid start for Heineken as strong growth in Africa makes up for Covid hit in Europe 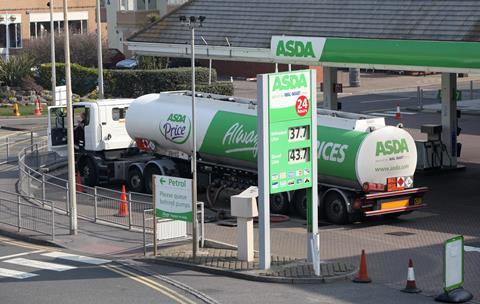 More than £6 billion was wiped off the combined value of Britain’s big tobacco companies yesterday in response to concerns that the Biden administration is considering cutting nicotine to non-addictive levels (The Times £). More than £6billion was wiped off the value of London’s two tobacco giants as investors panicked that the US could cap the amount of nicotine in cigarettes (The Daily Mail). Tobacco stocks have taken a hit on reports that Joe Biden’s administration is considering forcing companies to strip cigarettes of nicotine and imposing a ban on menthol products in the US (The Financial Times £).

The Biden administration is considering making tobacco companies lower the nicotine in all cigarettes sold in the US to levels at which they are no longer addictive – lowering nicotine levels in cigarettes to “non-addictive or minimally addictive levels” would be aimed at pushing millions of smokers to either give up or switch to less harmful alternatives like nicotine gums, lozenges or e-cigarettes. (Sky News)

In the past, tobacco companies simply increased prices to make up for lower volumes. The future of Big Tobacco depends on the success of vaping and other lower-harm smoking products. (The Financial Times £)

The owner of Primark will repay £121m in government furlough support and resume the dividend despite a slump in profits (The Telegraph). The owner of Primark is to hand back £72m in furlough payments to the UK government after record sales at its newly reopened stores in England and Wales last week as shoppers sought out summer fashions for the return to socialising (The Guardian). Primark’s owner has pledged to repay furlough cash it received and to dash out a dividend to shareholders as sales hit a record high in the first week after reopening its stores (The Daily Mail, Sky News).

Nils Pratley in The Guardian writes: “The curiosity, though, is that the company could probably have sneaked under the radar if it had wished. It can, after all, point to lost revenues since last March of £3bn and a cumulative profit hit of roughly £1bn.” (The Guardian)

Primark is to press on with new store openings even as it reported a 90% slide in first-half profit and lifted its estimate of sales that will be lost due to pandemic trading restrictions (The Financial Times £).

The boss of Primark’s parent company has described high streets as a “permanent part of being human” and defended its decision not to sell products online despite losing more than £3 billion of revenues during lockdown (The Times £).

Even Primark must succumb to the online revolution eventually, writes The Telegraph. Primark’s failure to develop a proper digital platform, capable of offsetting ravaged store transactions, is a massive oversight that increasingly looks like stubbornness. (The Telegraph)

Associated British Foods has the hallmarks of a post-crisis turnround, writes The FT. Shoppers have been queueing round the block to get into Primark, its fast fashion subsidiary, now UK stores have reopened. While they were shut, food-related assets helped the UK group generate a first-half profit, justifying payment of a dividend. (The Financial Times £)

Uber is attempting to break what it called Just Eat Takeaway.com’s “monopolistic” stranglehold on the German food delivery market, in the biggest test yet for the Silicon Valley company’s use of employed couriers instead of gig workers for meal conveyance. (The Financial Times £)

The US consumer products titan behind razors, cough syrup, laundry detergent and skin cream, P&G, announced a solid fiscal third quarter on Tuesday with organic sales growth of 4%. Still, the trend in its results remains clear, writes the FT. A pandemic high driven by demand for cleaning products is coming down as quarterly organic sales growth dipped from 9% six months ago. (The Financial Times £) 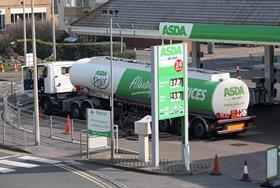