Bottle Up water to roll into Morrisons stores 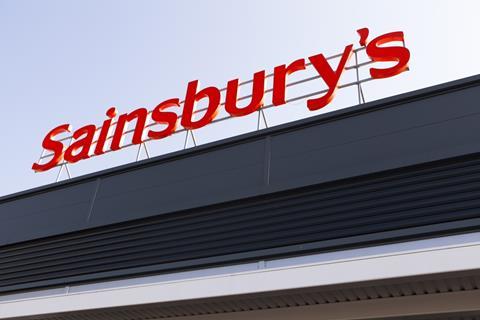 Private equity giants are circling Sainsbury’s with a view to possibly launching bids of more than £7bn, as the bidding war for Morrisons reignites interest in the supermarket industry. American buyout giant Apollo is said to be running the rule over Britain’s second-largest supermarket chain (The Times £). Sainsbury’s could be on the shopping list of private equity outfits as the race to buy Morrisons highlights the attractiveness of the big supermarket chains to investors (The Guardian).

Analysts have said that the prospect of Sainsbury’s being taken private is smaller owing to its lower freehold ownership, which Berenberg said last month was 53%. (The Times £)

The battle for Morrisons looks set to enter a fourth month after shares in the supermarket chain surged above the level of the latest takeover proposal (The Financial Times £). Morrisons bidding war set to escalate after Terry Leahy fails to land knockout blow – shares rise above the higher 285p offer from former Tesco chief’s private equity firm, indicating investors are holding out for a higher bid (The Telegraph). Morrisons shares have surged again as investors bet the £7bn price tag on the company could go higher still amid a private equity bidding war for control (The Guardian).

While the outcome of the bidding war for Morrisons remains uncertain, one aspect is clear: fuel retail features heavily in both bidders’ plans for the supermarket group (The Financial Times £). Regulators could call in the proposed £7billion takeover of Morrisons by US private equity giant Clayton, Dubilier and Rice (CD&R) over concerns about the number of petrol stations the group would own (The Daily Mail).

CD&R’s portfolio includes Motor Fuel Group, a forecourt operator of 900-plus sites. That paves the way for synergies both on fuel and accompanying convenience stores, which could distribute Morrisons foods — at least for so long as most UK cars rely on petrol. CD&R could equally sell the food manufacturing business. (The Financial Times £)

Sir Terry Leahy is being lined up as the next chairman of Morrisons if the £7bn takeover offer from Clayton Dubilier & Rice is successful (The Telegraph). Sir Terry Leahy has insisted the private equity giant he works for is the right owner for Morrisons after striking a £7billion takeover deal (The Daily Mail). After Sir Terry Leahy became Tesco’s chief executive in 1997, the first rival he visited was Sir Ken Morrison. Leahy drove up to Yorkshire to have tea and a frank chat about the market. That relationship is now at the centre of the battle to seize control of the Bradford-based supermarkets chain. Leahy is leading a £7 billion bid from Clayton Dubilier & Rice (The Times £).

Morrisons directors were not obliged to play one bidder against the other – they could have mounted a defence instead, writes Ruth Sutherland in The Mail. Past experience in other bids shows it is dangerous to rely on these assurances… The quality of Morrisons’ future ownership matters intensely to the whole country.” (The Daily Mail)

Marks & Spencer is on the cusp of a long-overdue revival – after decades in the retail wilderness, the high street giant is cautiously optimistic following a rare burst of strong trading. (The Telegraph)

Desperate food manufacturers are pleading with the government to be able to call upon prisoners to solve a labour crisis blamed on the double blow of Brexit and Covid. (The Guardian)

Retailers are warning of further disruption on Britain’s high streets from shortages of stock caused by Covid and Brexit, after official figures revealed an unexpected fall in sales last month. (The Guardian).

Two of the biggest publicly listed companies in Britain face being expelled from a government-backed code that promotes fair treatment of suppliers unless they improve their payment performance. Unilever and Diageo are under pressure from Liz Barclay, the small business commissioner, to speed up payment or leave the Prompt Payment Code entirely. (The Times £)

The tobacco giant trying to buy FTSE 250 inhaler maker Vectura has fired a broadside at fund managers that shun companies over ESG issues, saying that it “doesn’t resolve the problem”. (The Times £)

Advertising is a tempting place to start for finance directors on the hunt for cost savings. But even as makers of some of the world’s most popular household products are squeezed by the most intense inflationary pressures in a decade, they are thinking twice about taking the axe to marketing budgets. (The Financial Times £)

A pandemic-driven surge in demand and growing environmental awareness have helped to lift sales at Britain’s biggest traditional milk delivery company by a fifth. (The Times £)

Ocado clings on as shoppers go back to the supermarket. For online-only players it is a game of retention and growth as stores charm back customers. (The Telegraph)

Retail suffered a washout last month as the end of the Euro 2020 tournament combined with wet weather were blamed for a sharp fall in sales. (Sky News)

The Times has an interview with Waitrose boss James Bailey, who is guiding the supermarket chain back from the midst of the pandemic and is intent on making Waitrose’s ‘family’ stand out from the grocery crowd. (The Times £)

We’ve had our own ‘baby boom’, says Pets at Home chief Peter Pritchard. Lockdown transformed the fortunes of Pets at Home. Now could dog yoga be the key to muzzling Amazon? (The Times £)

A brewery in Berkshire chaired by the founder of the Firkin pub chain has been hit by allegations of bullying and sexual harassment similar to those that sent shockwaves through BrewDog. (The Times £)

Rosé winemakers in south-east France are assessing the impact of wildfires which began last week. The blaze broke out in the Var region, close to the French Riviera, and was spread by strong winds. (The BBC)

Whether it comes from a corner shop or the most venerated terroir, the glass of red wine in your hand has been getting stronger. Climate change had driven the shift – extreme weather events can make their mark on a particular vintage. (The Financial Times £) 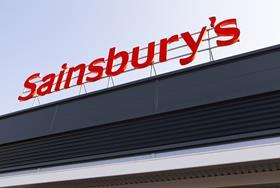