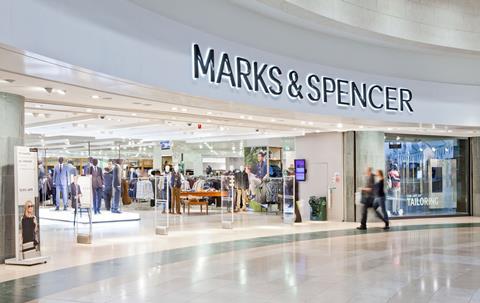 Bosses at Marks & Spencer will try to put the pandemic and a decade of woes behind the retailer next week when they reveal that it has clawed its way back into the black (The Times £). Marks & Spencer is in the dock this week – in defence not of its Colin the Caterpillar cake, but of its annual figures after a tumultuous year for the high street (The Guardian).

Marks & Spencer is poised to start buying more food from countries within the European Union as it battles border disruption in Northern Ireland. (The Telegraph)

Marks & Spencer has increased its online share of the crucial women’s fashion market during the pandemic at the expense of its closest rivals. (The Daily Mail)

Has Marks & Spencer finally found the recipe to revive its clothing business, asks The Times? The veteran high street chain hopes selling brands such as Seasalt and White Stuff will rescue its ailing fashion arm. (The Times £)

Will M&S ever have another billion-pound year, asks The Telegraph? The retailer’s efforts to turn itself around go back decades – but we can finally see grounds for ‘cautious optimism’. (The Telegraph)

The chairman of John Lewis has urged Rishi Sunak to scrap the business rates system and replace it with a new land tax to enable high street retailers to compete more fairly with online rivals. (The Telegraph)

John Lewis boss needs more than just a positive outlook, writes Ben Marlow in The Telegraph. Sharon White’s optimism is not entirely misplaced, but getting the department store’s mojo back will be her biggest challenge. (The Telegraph)

The UK economy is bouncing back faster than expected as businesses report the strongest growth in activity in more than 20 years and “hordes” of shoppers splash their cash in reopened stores (The Financial Times £). Since high streets reopened last month, masked Britons have been on a mission to spend cash that had been burning a hole in their pockets during lockdown — and as they have hit the shops (The Times £).

Cheap groceries, free delivery, on your the doorstep in 10 to 20 minutes. Fast-track grocery services have sprung up like weeds during the pandemic with players pulling out all the stops to tempt in shoppers. (The Guardian)

The EU is to introduce sweeping reforms of farming subsidies this week to try to halt the decline of small farms and protect them from the intensification of agriculture fostered by decades of previous policies. (The Guardian)

The Times draws attention to Iceland boss Richard Walker’s use of a helicopter to travel to store visits across the country. “Iceland’s eco-warrior chief Richard Walker tries to have his frozen cake and eat it,” it writes. “The founder’s son champions green causes, but is partial to a private helicopter”. (The Times £)

One of Australia’s largest wine exporters has said that a free trade agreement with the UK would reduce the cost of better quality wine for British drinkers while helping to fill the void left by a collapse in exports to China. (The Financial Times £)

Admiral Taverns, one of Britain’s biggest privately-owned pub groups, is plotting a takeover of rival Hawthorn Leisure that would nearly double the number of sites in its portfolio. (Sky News)

Animal rights protesters have set up blockades at four McDonald’s distribution centres across Britain, which they say will affect about 1,300 restaurants (The Guardian). Animal rights protesters say they are blockading four McDonald’s distribution centres in the UK to stop deliveries to the fast-food chain’s 1,300 UK outlets (The BBC).

White collar staff could be given vouchers to order takeaway deliveries at home as companies seek a replacement for the office canteen. (The Daily Mail)

THG appointed Tiffany Hall to the board in January. And it did not take long for the independent non-executive director to signal her confidence in the UK ecommerce company. She snapped up 33,557 shares at 596p, with an aggregate worth of £200,000. (The Financial Times £) 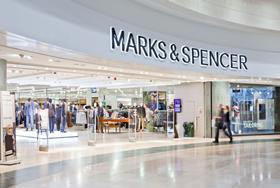