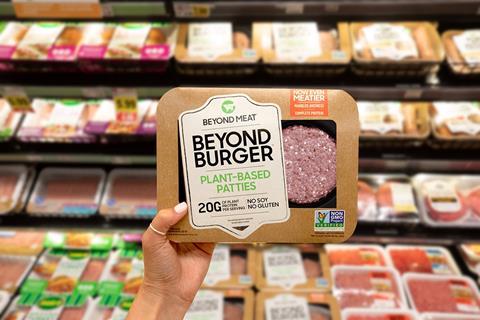 Pepsico is to take a step beyond fizzy drinks and snacks into the plant-based meat sector after signing a joint venture with Beyond Meat (The Times £). Beyond Meat shares surged on Tuesday after the plant-based healthy snacks group launched an unexpected joint venture with PepsiCo, the company famed for its eponymous sugary drink (The Financial Times £).

The UK’s largest sandwich maker Greencore said sales of food-to-go since the start of the year had dropped more than a third from 2020 as the latest lockdown cut into purchases of sandwiches, salads and sushi (The Financial Times £). The company making sandwiches for Marks & Spencer has suffered a drop in sales because office workers have been staying at home during the pandemic (The Times £). Sandwich maker Greencore unveiled a further slump in sales and warned coronavirus restrictions continued to hammer trade as fewer workers commuted to the office (The Telegraph).

The maker of Imperial Leather soap has benefitted from a pandemic-led boom in demand for handwash and sanitisers (The Times £). Handwash maker cleans up as pandemic boosts demand – the company behind brands from Carex to Imperial Leather reported a rise in half-year profits and is planning a shake-up in March (Sky News).

Co-op, Morrisons and their payments processing provider ACI say they are investigating an IT glitch that created problems for card payments in stores. Long queues were seen outside some of the Co-op’s convenience stores from Sunday amid the snow, with some shoppers asked to use cash. (The BBC)

The owner of John Lewis and Waitrose will reveal the extent of the jobs cull at its head office on Wednesday after it launched a consultation process with staff last year. (The Telegraph)

Lidl will hand out a one-off bonus of £200 to its supermarkets staff, cleaners, warehouse staff and customer assistants as a ‘thank you’ for their hard work during the pandemic. (The Daily Mail)

Supermarkets are still putting nearly 900,000 tonnes of plastic packaging on to the market, representing a plastic footprint which is bigger than in 2017, a new report has found. (The Guardian)

Walgreens Boots Alliance is to become the only company in the S&P 500 to be run by a black woman after the drugstore group appointed Starbucks chief operating officer Roz Brewer as chief executive. (The Financial Times £) 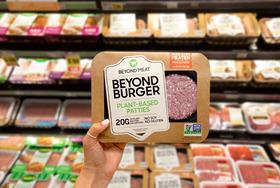