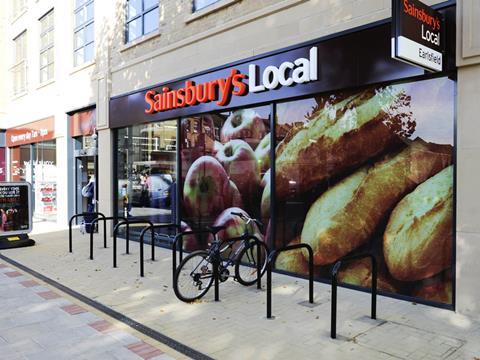 Sainsbury’s has dived to a £261m annual loss despite booming sales of groceries during the pandemic, as it spent millions of pounds on protecting staff and customers from the coronavirus (The Guardian).

Sales in the year to March jumped 7.8%, helped along by a soaring 120% rise in online orders as shoppers were unable to head to non-essential retailers for large parts of the year (The Mail).

Profits from the online grocery at Sainsbury’s increased more than fourfold over the past year, providing a bright spot for the group in a period when Covid-19 costs hit its overall performance (The Financial Times £).

Sainsbury’s boss Simon Roberts has insisted his strategy to refocus on food and cut costs will deliver a “profit inflection” and lift the share price out of the doldrums (The Times £).

The Covid pandemic has been a blessing for supermarkets, say The Telegraph in a business commentary, adding that Sainsbury’s problems were “self-inflicted”.

WH Smith is hoping to move on from coronavirus-related losses by raising funds to develop its travel shops (The Times £). Shortly after the stock market closed yesterday, the high street stationery retailer launched a £325m convertible bond and announced it had refinanced its banking facilities to extend maturity dates.

The FTSE 250 group generated more than half of sales and profits from its stores in airports, train stations, hospitals and motorway service areas before the pandemic struck, and expects sales to recover to 2019 levels within the next two to three years (The Financial Times £).

Nestle plans to close a UK confectionery factory and cut almost 600 jobs by moving production of some products to Europe (The Telegraph). The Swiss firm is proposing to close its site in Fawdon, Newcastle upon Tyne, towards the end of 2023, with the loss of about 475 jobs, and cut a further 98 jobs in York.

The Fawdon factory, which opened in 1958, makes products including Fruit Pastilles, while the York site manufactures KitKats (The Guardian).

The company said it is adapting for the future, with a £29.4m investment at its factories in York and Halifax (The Times £).

Asda is to begin selling secondhand clothing in its supermarkets following a partnership with specialist trader Preloved Vintage Wholesale (The Guardian). It will sell used clothing in 50 stores after a successful trial in its special sustainability outlet in Leeds.

Reckitt Benckiser’s revenues rose more than expected in the first quarter as households and businesses continued snapping up branded disinfectants to try to prevent the spread of Covid-19 (The Financial Times £).

In countries where restrictions are easing up, customers are also taking other precautions elsewhere, with the Durex maker reporting a strong rise in sexual wellbeing products, particularly in China (The Mail).

An opinion piece in The Financial Times (£) argues that Covid has only delayed the day of reckoning for Reckitt. “Dettol and Lysol maker may look squeaky clean in pandemic but growth is getting tougher to deliver,” the paper writes.

British farmers and small businesses have described current legislation that prohibits them from cultivating CBD oil from cannabis plants – while it remains legal to import it from abroad – as “unfair”, “ridiculous” and “insane” (Sky News).

British American Tobacco, the maker of Lucky Strike and Dunhill cigarettes, has suffered a shareholder revolt over executive pay at its annual meeting for a second year running (The Times £).

Kenneth Dart, the billionaire investor known for “vulture” trades in government debt, has built stakes worth nearly £5bn in two of the world’s biggest tobacco groups (The Financial Times £).

Compulsory Covid passports to enter pubs and restaurants are now off the menu and the government’s review is likely to recommend that documents are required only for larger events (The Guardian).

Amazon will give a pay rise of up to $3 an hour to more than 500,000 employees in its US logistics network, amid continued scrutiny of working conditions for its frontline employees (The Financial Times £). 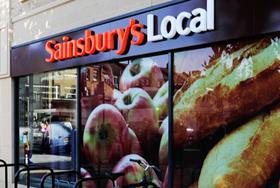