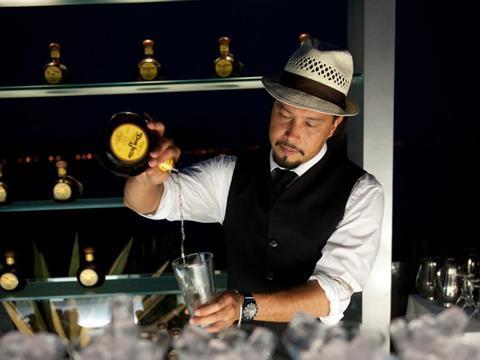 A tequila boom in the US drove up sales at Diageo in the six months to December, helping the world’s largest distiller defy expectations of falling revenues (The Financial Times £). The FTSE 100 drinks group behind Johnnie Walker and Guinness cheered investors as strong trading in its key North American market drove a return to pre-Covid levels (The Times £). Demand for homemade cocktails and spirits among US consumers helped drinks giant Diageo grow sales during its first half of the year, defying analyst forecasts of a drop in revenues (The Telegraph). Drinkers opening expensive bottles of spirits at home helped the Guinness and Smirnoff maker Diageo to weather the coronavirus pandemic, offsetting the closure of pubs, bars and restaurants (The Guardian). Drinks giant Diageo today revealed coronavirus lockdown has driven a demand for higher-end spirits as customers begin to create their own cocktails at home (The Daily Mail).

The rise of cocktail culture in the UK added fizz to the sales of Diageo and Fevertree after pubs and bars were hit by coronavirus restrictions. (The Daily Mail)

Raise a glass to the unsung heroes keeping us refreshed during the crisis, writes Ben Marlow in The Telegraph after stay-at-home drinking has helped Diageo and Fevertree post forecast-beating results. (The Telegraph)

The FT’s Lombard column writes: “Diageo may have wrongfooted analysts but it is not so foolish as to provide guidance for the full year. The upcoming Chinese new year, usually a time of mass travel and feasting, will be muted. Much of Europe is back in lockdown, keeping a lid on sales. When pubs and bars were open for business in July and August, revenues were more than double those in the ensuing four months.” (The Financial Times £)

“Never before has diversification been so important for Diageo,” writes Sky News’s Ian King, noting that while the Guinness maker has taken a hit due to bar closures and travel restrictions but some of its brands have still thrived. (Sky News)

Lidl’s British business fell £25m into the red last year despite ringing up strong sales growth after it invested in opening new shops in the UK (The Guardian). Lidl GB has suffered a hefty annual loss as it ploughed money into new stores and hired swathes of new staff (The Daily Mail).

The boss of Lidl has warned that French customs officials are not “pragmatic” and risk delaying British exports as he revealed that the supermarket fell to a £25m loss in the UK last year due to its shop-opening programme (The Times £).

Brussels anti-trust regulators have launched a price-fixing investigation into Cadbury owner Mondelez. The European Commission is concerned that Mondelez restricted trade across borders between EU countries, pushing up prices for its products. (The BBC)

A record percentage of retail space is lying empty as the coronavirus crisis places intolerable pressure on businesses, according to industry data. (Sky News)

Harry Wallop in The Times writes: “The disappearance of Debenhams from the high street and the likely departure of the Arcadia brands — Topshop, Dorothy Perkins, Miss Selfridges et al — from town centres is undoubtedly dire news for the 25,000 people who worked for these companies… [But] I am not sure, however, that the closure of all those shops is necessarily the disaster that some think. For one simple reason: Britain has too many shops.” (The Times £)

McDonald’s disappointed Wall Street yesterday after the latest round of lockdowns in parts of Europe more than offset the hamburger chain’s sales growth in its domestic market. (The Times £)

ThaiBev is set to list its brewery business on the Singapore exchange as early as next week, in a deal that could be the biggest initial public offering on the city state’s equity market in at least eight years. (The Financial Times £)

Supermarket delivery drivers are to be told not to hand over alcohol to drunk people or children, as drinks companies seek to show they are acting responsibly amid a surge in online drinks orders. (The Guardian)

Delivery app orders from US convenience stores such as 7-Eleven and CVS jumped 346 per cent in 2020, as pandemic lockdowns gave food-delivery companies an opportunity to expand beyond restaurants. (The Financial Times £)

Over the last year, Covid-19 has undone the economic, health and food security of millions, pushing as many as 150 million people into extreme poverty. While the health and economic impacts of the pandemic have been devastating, the rise in hunger has been one of its most tangible symptoms. (The Guardian) 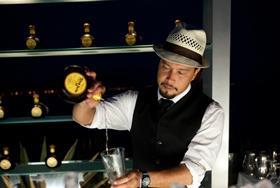